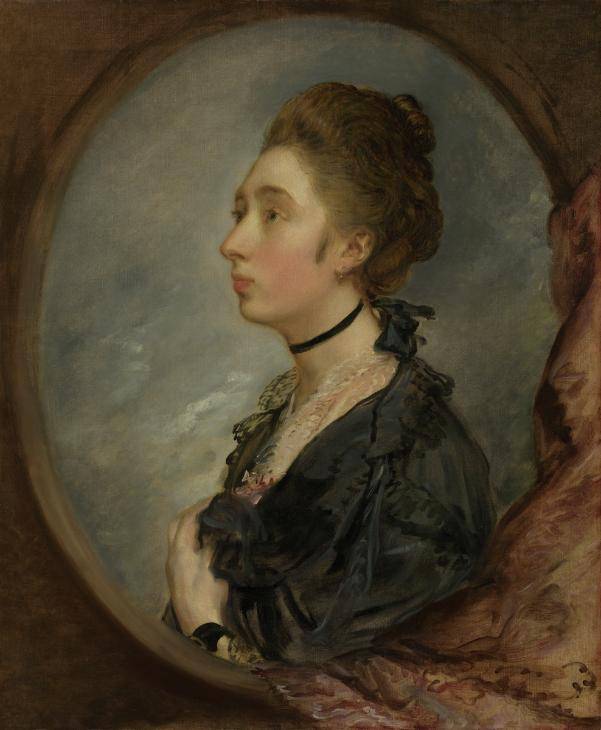 Gainsborough’s younger daughter, Margaret, was in her mid-twenties when her father painted this portrait. At the time she was still living with her elder sister Mary at the parental home in Pall Mall, London. Although he enjoyed a reckless social life, Gainsborough attempted to shield his daughters from the attentions of would-be suitors, declining to ‘make fine trumpery of them, and let them be led away with Vanity, and ever subject to disappointment in the wild Goose chase’. Margaret remained unmarried and lived out the final years her life in Acton, west London, where she cared for her elder sister. (Tate)