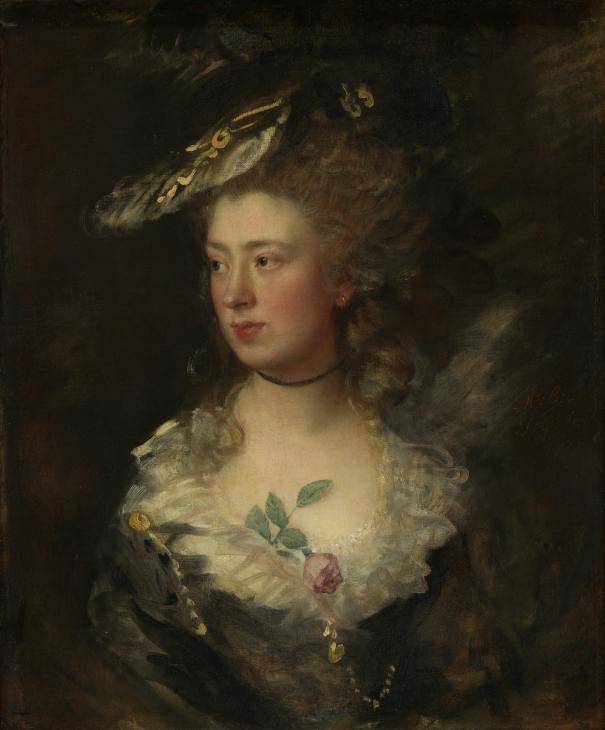 Gainsborough was very fond of his two daughters and painted them frequently from childhood into their late twenties. Concerned for their future, he took care to ensure that they were well educated, sending them to an exclusive boarding school in Chelsea and tutoring them in drawing and landscape painting. A few years after this portrait was made, Mary entered into a disastrous marriage with the celebrated oboeist, Johann Christian Fischer, an associate of her father. In later life she lived with her younger sister Margaret, although by then she suffered from severe mental illness. (Tate)