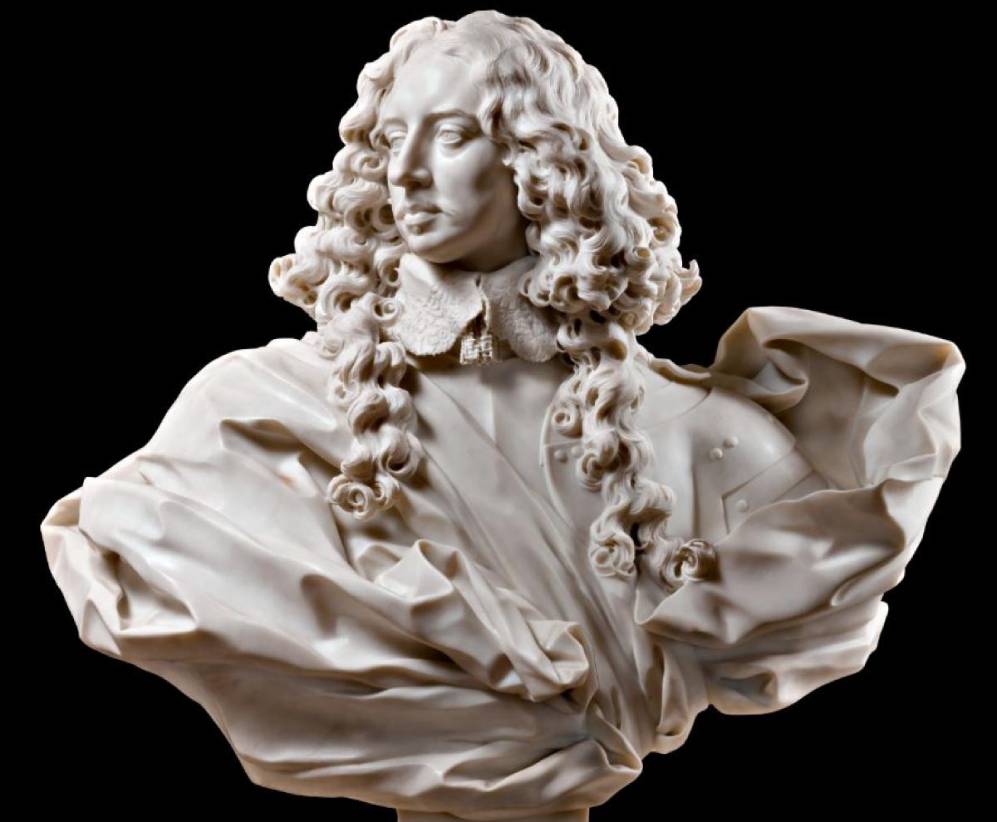 In this famous marble, the effigy of Francis I stands out as a manifesto of absolute power in the Baroque age. The Duke of Modena was a charismatic character and a lover of the arts, but still of secondary political stature in the balance of his time, dominated by many other protagonists. Nonetheless, this portrait has handed him over to history as an emblem of the ideal Christian monarch: immobile and with his gaze fixed on the horizon, wrapped in his leader’s cloak that seems to come to life and lift the hero into apotheosis. Of dizzying quality, the marble was sculpted without Bernini being able to study the model live, but having only portraits available for what he himself called an “almost impossible” undertaking. The immediate and universal success of the work, already greatly admired in Rome, prompted Francis I to reward the artist with an exorbitant sum of money; the same one that Bernini received at the same time from the pope for another of his famous masterpieces, the Fountain of the Rivers in Piazza Navona. (GE)