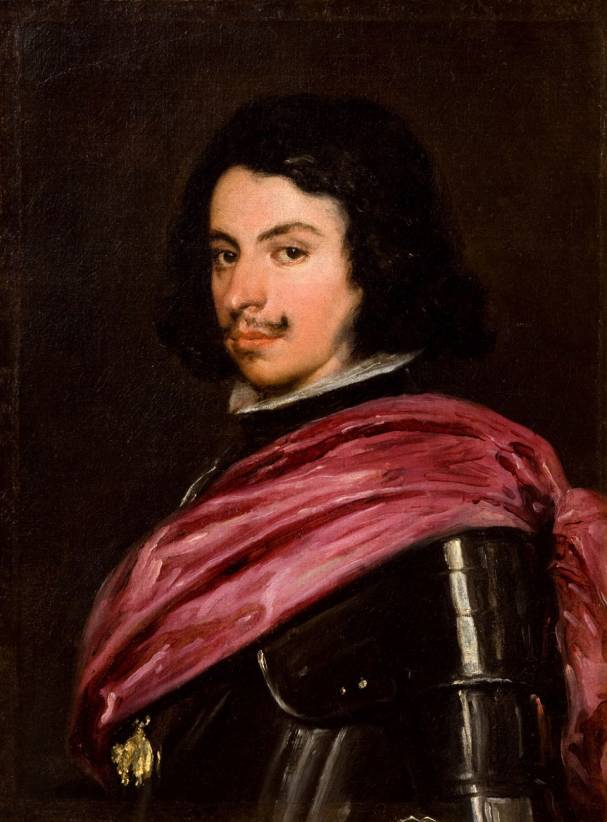 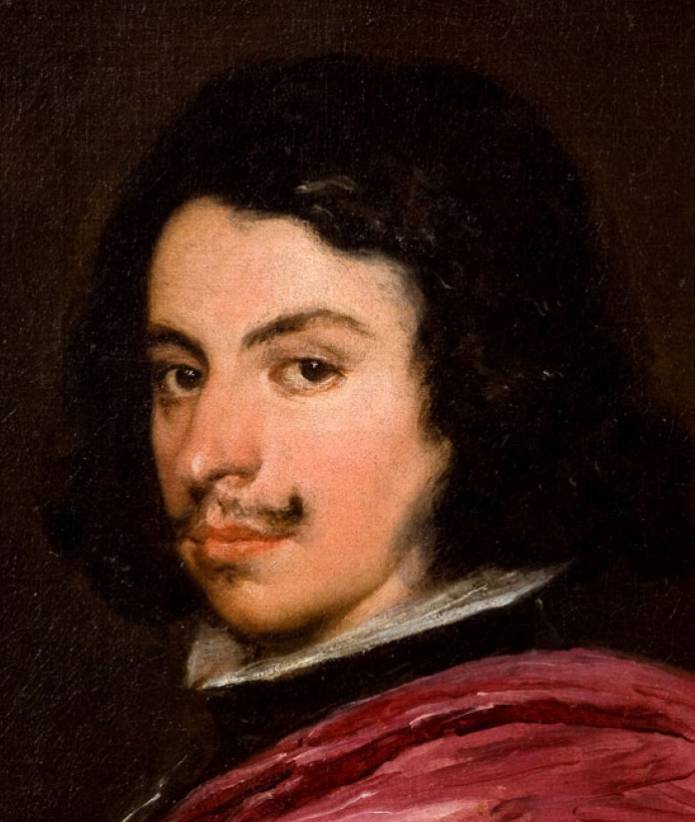 In 1638 Duke Francesco I d’Este undertook a diplomatic trip to the court of King Philip IV of Spain. Beyond the exchange of princely promises and gifts, the ephemeral alliance consigned to history above all this famous study for a never completed equestrian portrait. In fact, the young and inexperienced Duke of Modena had the rare privilege of posing for Velázquez, the master who brought the art of the official portrait to an unparalleled synthesis, celebrating the powerful and revealing their human frailty. (GE)

Among the most distinctive portraits by Diego Velázquez is one he painted of Francesco I d’Este (1610–58), the Duke of Modena, during the duke’s visit to Madrid in 1638 to secure the support of Philip IV. The duke is shown in armor, wearing a red sash, his head turned toward the viewer. It is a work that conveys a quality of arrogance and sensuality, and is a high watermark in the history of baroque portraiture, while also illustrating the importance of Velázquez‘s portraits to Spanish diplomacy. In 1643 the painting was acquired by the Galleria Estense—one of the most prestigious of Italy’s regional museums—in Modena, Italy, and it has never before been lent to an institution in the United States. This special, three-month loan coincides with the re-installation of the Metropolitan‘s collection of Old Master paintings. It not only makes accessible to an American public one of the least known of Velázquez‘s works, but also calls attention to the severe damage suffered throughout the Italian region of Emilia Romagna after a devastating earthquake in May 2012. The Galleria Estense has been temporarily closed due to the damage it sustained. (MET)