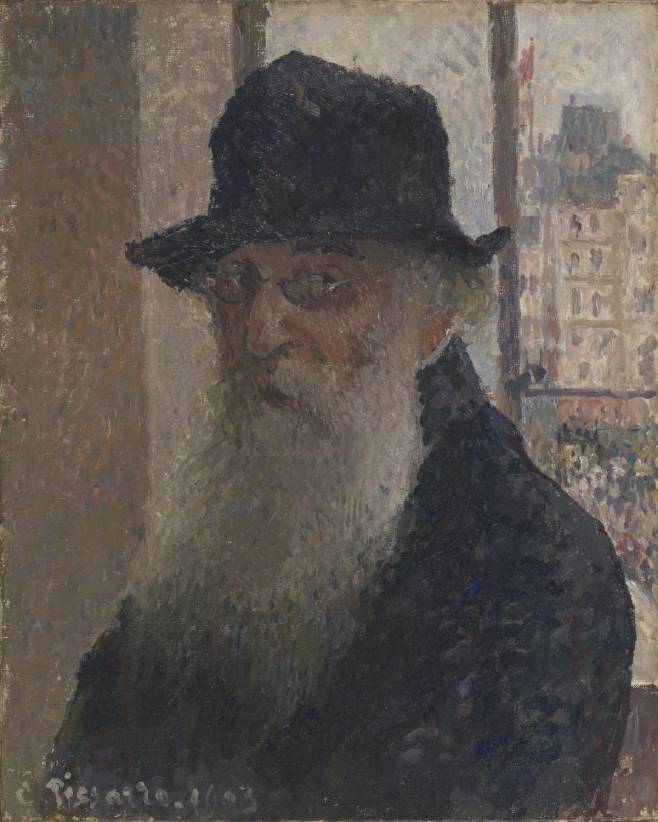 This is the artist’s last self-portrait, executed in his Paris apartment in the Place Dauphine, overlooking the Pont Neuf. It is painted with the dabbing brushstroke that was typical of the work of this Impressionist artist. Pissarro was a modest and self-critical man, but had strongly held artistic and political beliefs which influenced many younger artists. Something of his air of personal authority can perhaps be sensed in this portrait. Towards the end of his life Pissarro began to enjoy financial security, and, indeed, received official recognition in 1903, the year in which he executed this painting, when two of his works were bought by the Louvre. (Tate)