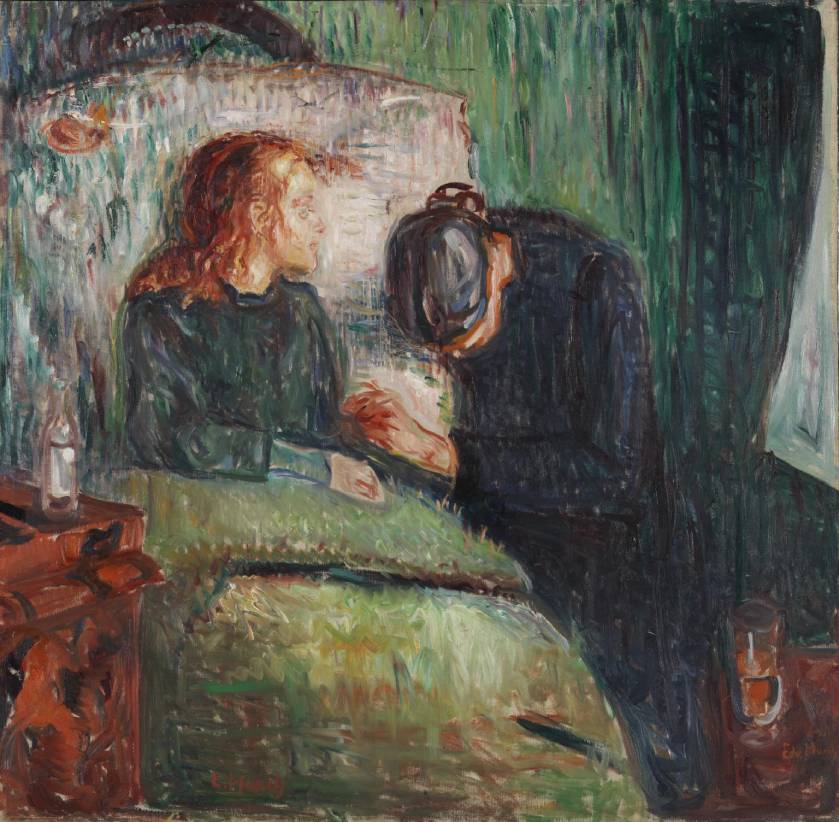 The Sick Child draws upon Munch’s memory of his sister Sophie’s death from tuberculosis at the age of fifteen. The model was a young girl who Munch had observed sitting distraught when he accompanied his father, a doctor, to treat her brother’s broken leg. Munch worked on the painting for a year, developing the rapid brushwork and vivid colour that suggest the painful evocation of a traumatic memory. ‘It was a breakthrough in my art’, he later wrote. ‘Most of what I have done since had its birth in this picture’. He made several versions over a period of forty years. This was the fourth version. (Tate) 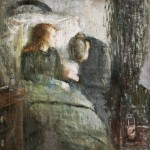