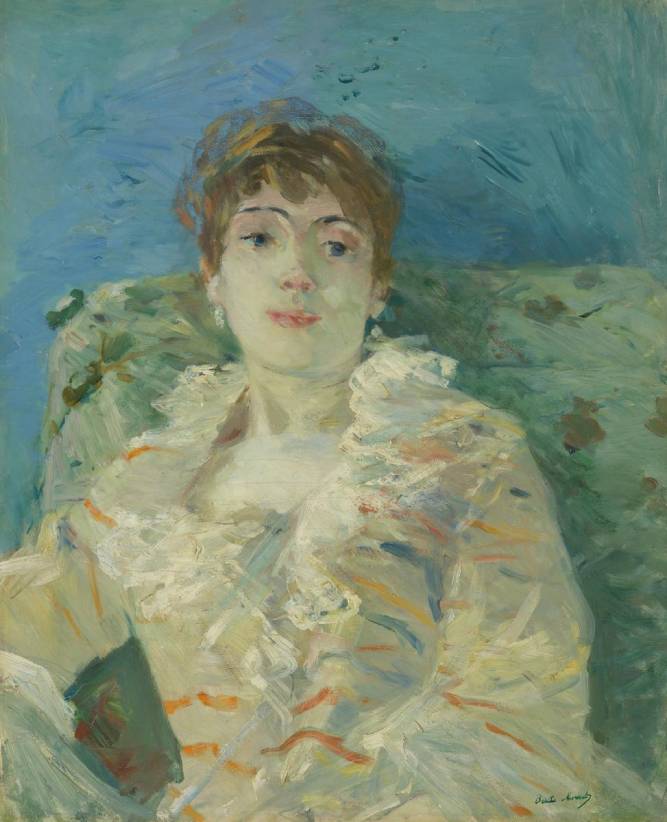 The artist’s grandson Denis Rouart writes (9 October 1969): ‘This painting was sold by my mother direct to Vollard a long time ago, possibly during the 1914–18 war, possibly before, or shortly after. The studio stamp was put on it by my mother herself.

‘The woman represented is certainly a model, if not a professional one, at least one who sat now and then for payment. She is not a relation or a friend. However, my mother did not know her name.

‘As for the date, the handling of paint is characteristic of the period 1882 to 1888 and especially 1883–7. It is the same as that of the two portraits of Paule Gobillard dated by my mother one in 1884 and the other in 1887 (nos.159 and 209 in the Wildenstein catalogue) and if my mother assigned it to 1885 it was because she had some reasons either documentary or of personal judgement to place it then. There is in any case no sound reason for changing the date. The picture must certainly be later than 1880.’