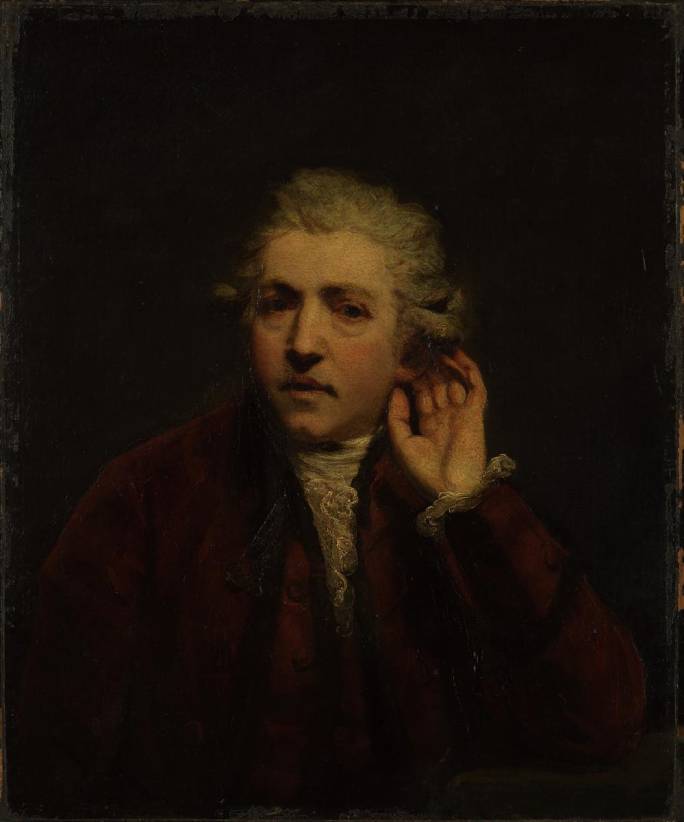 Creating self-portraits in character or pulling a face was a traditional form of student exercise. But this image was created when the painter was the most famous artist of the age. Instead of an experiment, it seems to be a more considered statement. Reynolds may have focused on his own struggle to hear (he went deaf in later years) as a way of expressing the artist’s struggle to create an image from his raw materials. In his lectures on art, delivered at the Royal Academy, Reynolds stressed the arduous, and thus morally uplifting, nature of art. (Tate) 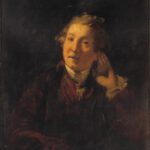