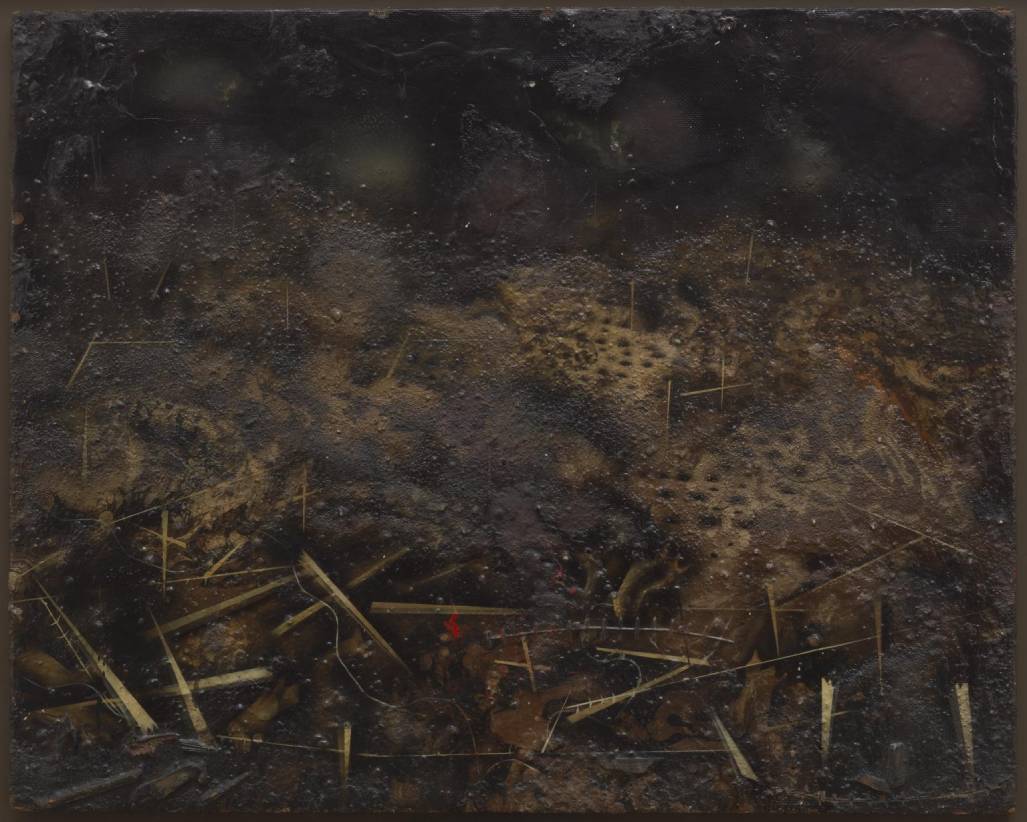 Revolutionary artist and activist, David Alfaro Siqueiros is one of the major Mexican painters of the first half of the twentieth century. With Diego Rivera (1886-1957) and José Clemente Orozco (1883-1949), he was one of the leading muralists, whose public works were part of the paternalistic programme initiated by the Mexican government in the 1920s. The results were, in varying degrees, deliberately propagandising. By melding Renaissance and indigenous traditions the muralists created an imagery that formed the basis for a new national self-awareness in Mexico. This shared impetus, however, could not disguise political divergence between the artists that reached a critical point in a series of acrimonious public debates between the Trotskyist Rivera and the Stalinist Siqueiros in August 1935. Beyond a personal rivalry, the contention around a proletarian, as opposed to a popular, art had echoes around the world, as left-leaning artists sought a way to reconcile modernism and political action in the face of the rising tide of Fascism.

In response to the political crises in the 1930s Siqueiros made paintings that were both historically specific and world-wide in their concerns. While briefly in New York in 1936, he founded the so-called Experimental Workshop that became a gathering place for young artists. Cosmos and Disaster was probably made there in the second half of the year. It shows some of the new techniques developed in the Workshop. Siqueiros thickened his industrial paints with sand and, in order to secure this extra weight to the panel, laid these down on a fine copper mesh. The texture of mesh and grit is clearly visible and further enhanced by the imbedding of splinters of wood in the paint surface. He deliberately avoided using paint brushes, favouring instead airbrushing and dripping to create the apocalyptic clouds. These resulted in a syrupy surface of complex illusions and foreshadowed the techniques in the work of a regular visitor to the Workshop, Jackson Pollock (1912-56).

Such new techniques were tailored to the meaning of the work. The handling of Cosmos and Disaster, like the contemporary Collective Suicide (Siqueiros / Pollock, 1995, pp.78-9), has a rich dark quality appropriate to its apocalyptic vision. The pessimistic theme almost certainly reflects the painter’s response to the outbreak, in June that year, of the Spanish Civil War. While the painter had infused earlier works, often dominated by huge figures, with critical or heroic rhetoric, the near-abstraction of Cosmos and Disaster seems to reflect thoroughgoing despair. It is possible that photographs of the obliterated landscapes of First World War trenches provided a point of reference for the painting. Certainly the limited foreground detail (enhanced by the shattered remnants of structures actually rendered with glued-on pieces of wood) conveys a sense of an unleashed and irresistible force.

In early 1937 Siqueiros suddenly left for Europe, to volunteer for the International Brigade fighting Franco in Spain. Cosmos and Disaster was among works acquired by Dr Gregory Zilboorg, a New York psychoanalyst whom the painter met in the intellectual circle of George Gershwin and who was especially interested in the psychology of collective action. (Tate)