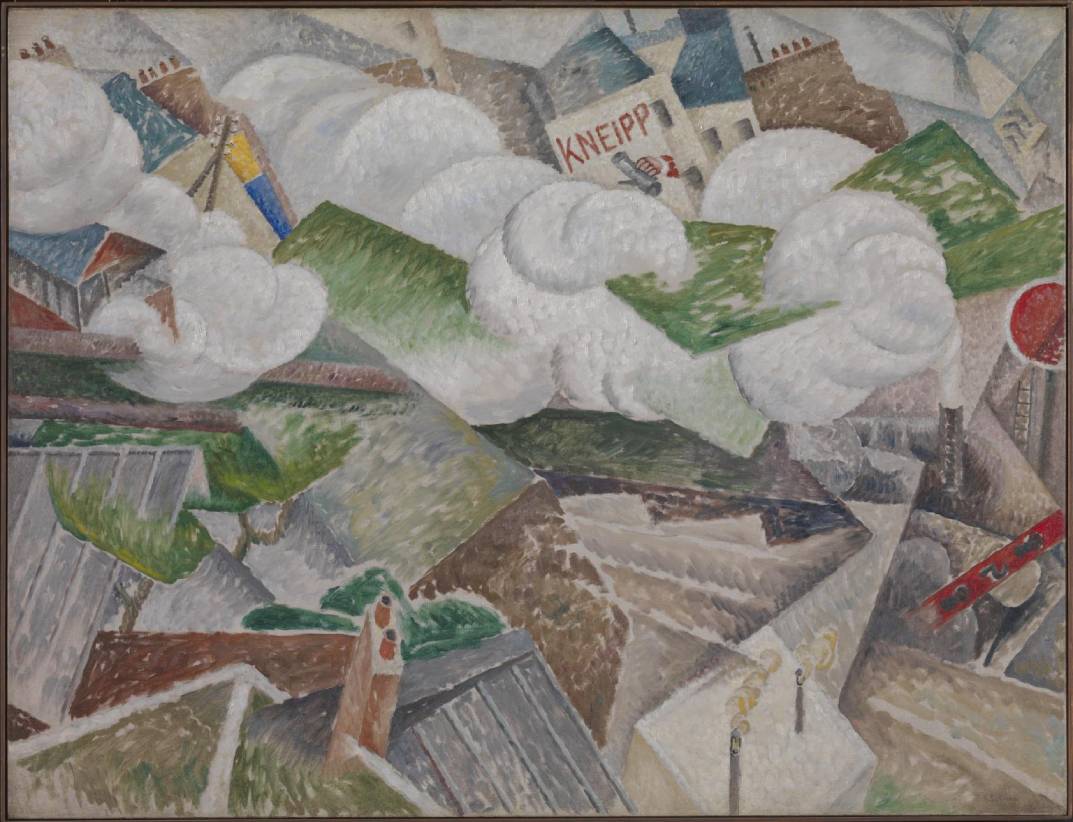 This painting of a train arriving in Paris attempts to express movement and conflicting energies through its fractured, interpenetrating forms. Like all the Italian futurists, Severini was inspired by modern machinery and was enthusiastic about the idea of war. In June 1915 he stayed for some weeks just outside Paris where the sight of trains passing close by day and night laden with munitions, soldiers or wounded prompted the creation of this work. (Tate)