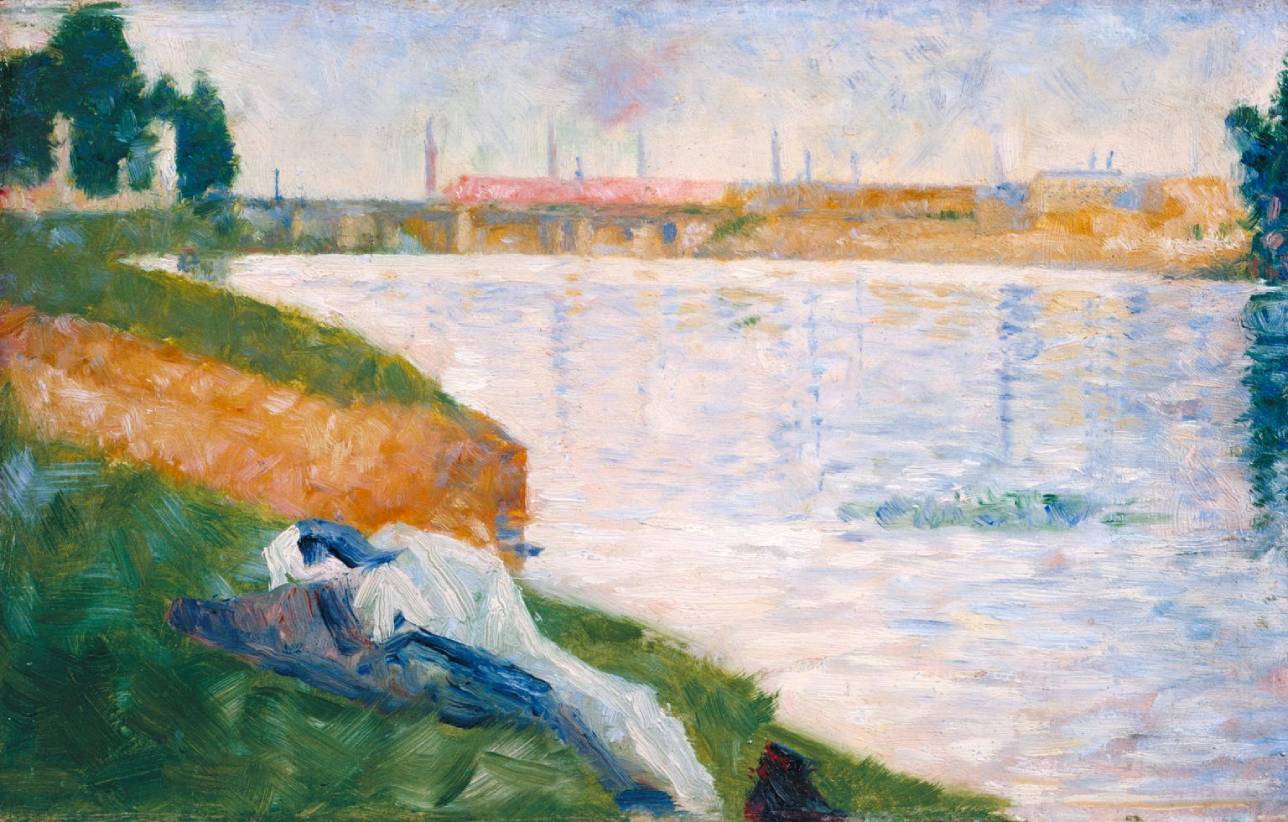 This is one of a series of small studies in oil on panel for Seurat‘s first large painting ‘Bathing at Asnières‘, now in the National Gallery. The final composition shows people sunning themselves or bathing by the bank of the Seine at Asnières, a suburb of Paris, with the Courbevoie bridge in the background and the Ile de la Grande Jatte on the right. Seurat is known to have completed fourteen preliminary oil sketches for the painting, as well as ten drawings. Most of the oil sketches appear to have been made on the spot and show that Seurat shifted his position on the bank several times before deciding on his viewpoint. The figures included in some of the sketches were depicted by chance and Seurat dropped some in the final painting. (Tate) 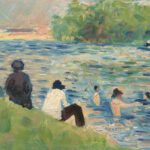 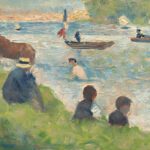 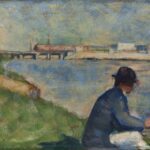