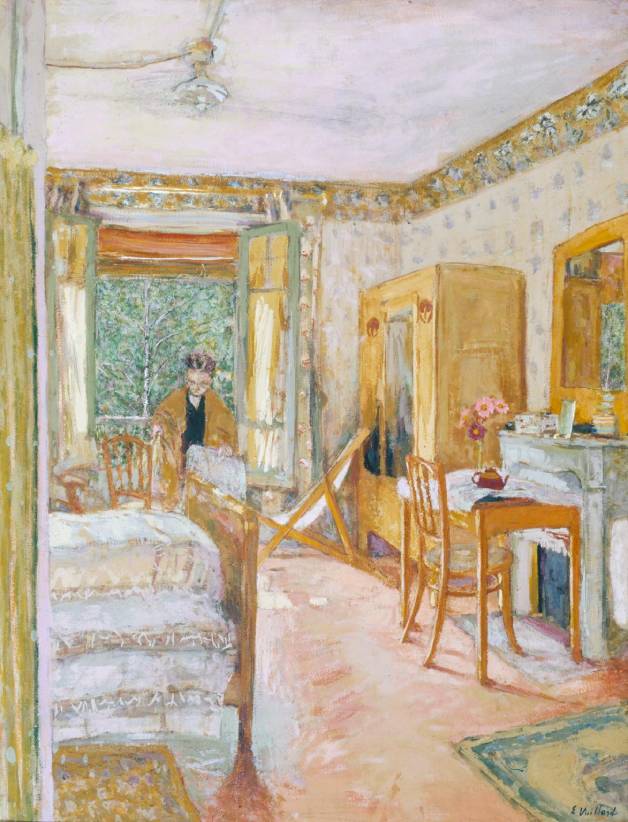 This picture appears in the Bernheim-Jeune records under the title used here. Jacques Salomon wrote (20 October 1969) that it represents the artist’s mother in her bedroom at Vaucresson near Paris, where, in rented rooms, she passed the summers with her son in the years around 1920. ‘This picture is painted not in gouache but in distemper, a technique characteristic of Vuillard to which he became accustomed while painting scenery in his youth for the Théâtre de l’Oeuvre. This technique gives his paintings the freshness and almost unalterable quality of pastel.’ (Tate)