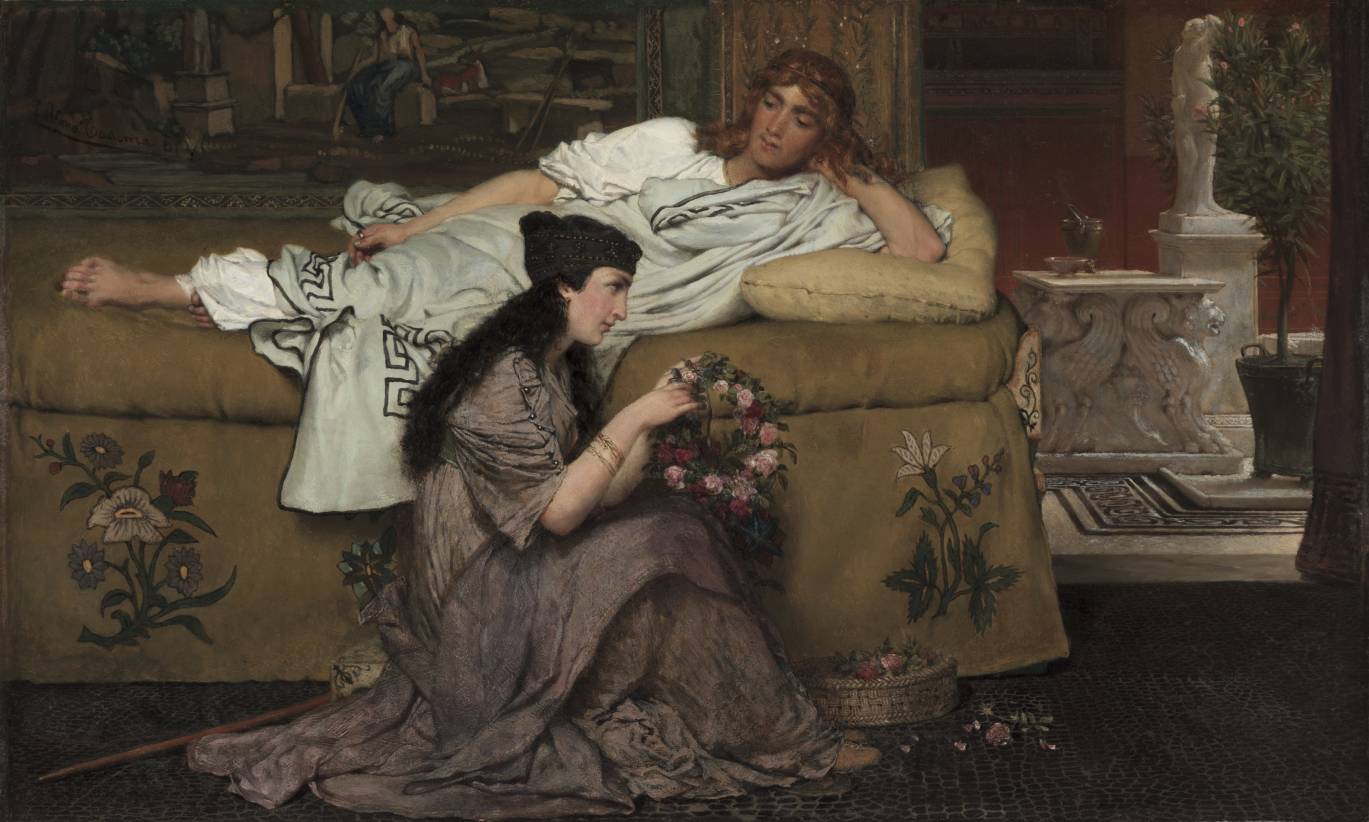 Alma-Tadema, one of the most popular Victorian painters, became famous for his depictions of the luxury and decadence of the Roman Empire. His vision of the ancient world was constantly reproduced on film in Hollywood. “It was one of the few moments in her brief and troubled life that it was sweet to treasure.” Weaving a rose garland as a present for her beloved master Glaucus, the blind servant Nydia resists speaking of her love for him. The scene is based on Sir Edward Bulwer-Lytton‘s enormously popular historical novel The Last Days of Pompeii (published in 1835), a melodramatic epic set in ancient Roman times, which culminates with the eruption of Mount Vesuvius. Responding to the 19th-century appetite for things antique, the artist filled his historical scenes with depictions of Roman frescoes and statuary. Dutch by birth, Alma-Tadema made this picture in Brussels for a London art dealer. But the demand for such paintings became so great that he moved to England, where he achieved great financial and social success. (CMA)