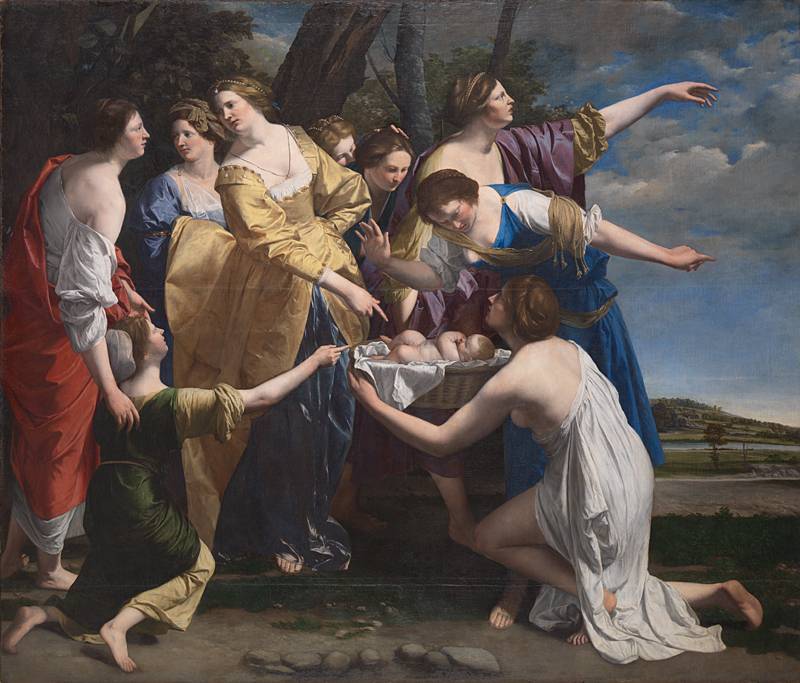 In this vast canvas Orazio Gentileschi depicts the Old Testament story of the Finding of Moses (Exodus 2:2-10). When Pharaoh decreed that all newborn sons of Hebrews should be killed, the infant Moses was placed by his mother in a basket and hidden in bulrushes to ensure his safety.

Here, nine elegant female figures crowd around the basket at the heart of the composition. The woman in the magnificent yellow gown embellished with jewels is Pharaoh’s daughter. The diminutive figure kneeling respectfully at lower left is Moses’s sister Miriam, and beside her, dressed in red and white, is her mother.

The Finding of Moses was commissioned by Charles I of England for his wife, Queen Henrietta Maria, almost certainly to celebrate the birth of their son and heir, the future Charles II. It originally hung in the Queen’s House at Greenwich, on the banks of the River Thames. This location is reflected in the lush green landscape, which looks far more like England than Egypt where the story is set. (NG)