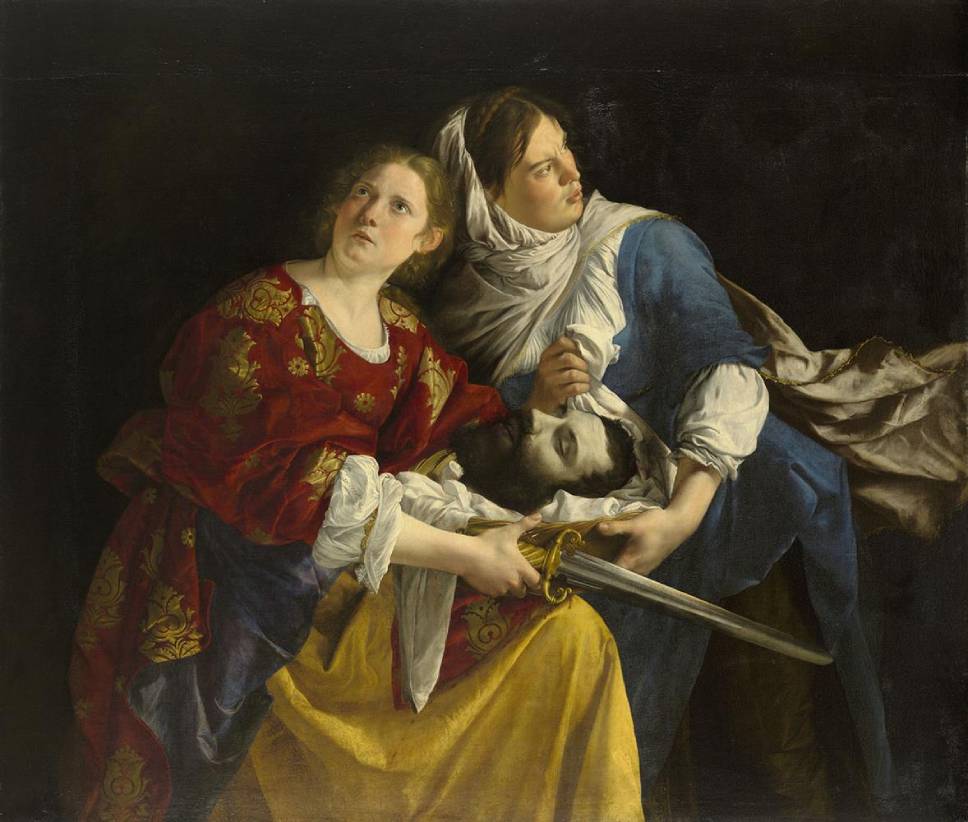 Orazio Gentileschi represents the biblical episode of Judith, the heroic widow who saved her besieged city of Bethulia from the Assyrians. She agreed to dine with their general, Holofernes, took advantage of his drunkenness, and beheaded him with his own sword. The artist shows Judith and her servant, Abra, covertly leaving the enemy camp with the head partially concealed in a basket. Although born in Pisa and trained in Florence, Gentileschi settled in Rome about 1576. There he was influenced by Caravaggio, as seen in this painting’s directness and dramatic lighting. Gentileschi tempered the drama of the moment through his own sense of décor. The lavish textiles in rich colors display great attention to detail. This elaborate style became the trademark of Gentileschi, who finished his career as a celebrated European court artist. (WA)