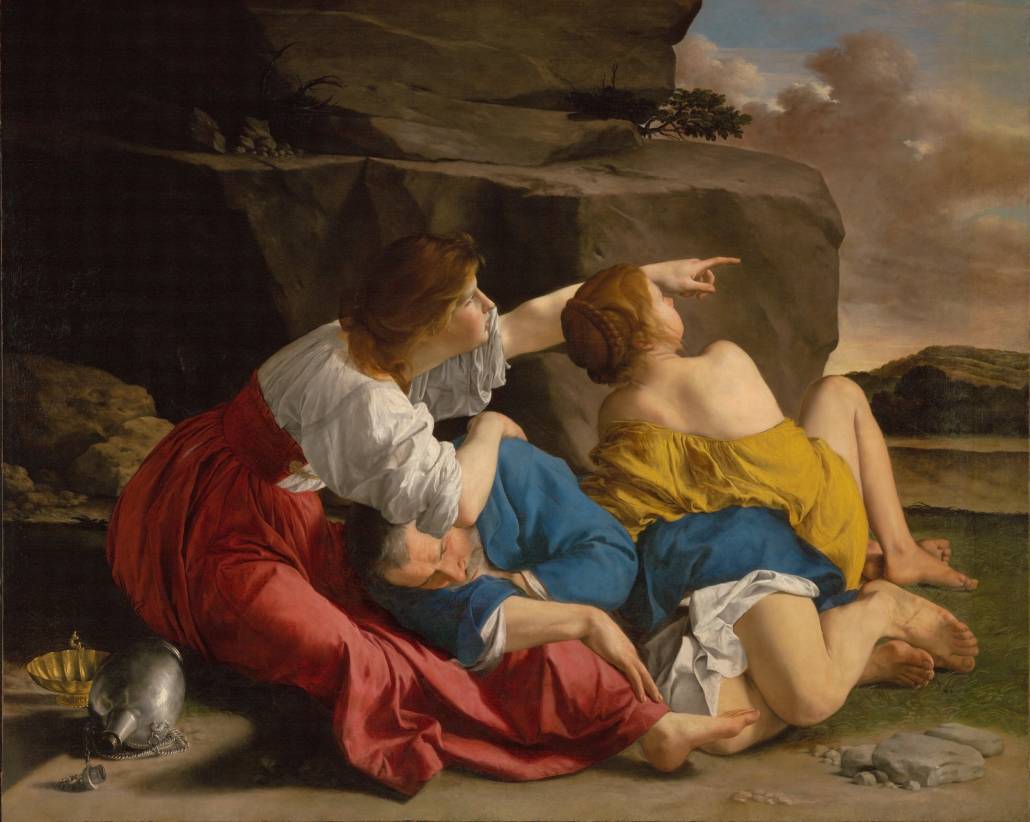 From the safety of the cave where they have taken refuge, Lot’s daughters appear absorbed by an event taking place beyond the painting’s borders—God’s annihilation of the city of Sodom, burning in the distance. Believing that they alone survive to perpetuate the human race, the daughters have plied their father with alcohol, to aid their incestuous seduction of him. Each will later bear Lot a son: Moab and Ammon, the founders of tribes often pitted against Israel. Depictions of Lot and his Daughters were popular in seventeenth-century Europe because they provided a righteous context in which to illustrate a social taboo. The subject is often interpreted as a mere pretext for artists to engage with an erotic theme, but the absence of nudity or palpable sensuality in this scene suggests that Gentileschi’s intentions were otherwise.

Gentileschi was born in Pisa, but settled in Rome in about 1576. From around 1600, he began to absorb the powerful naturalism of Caravaggio, subsequently becoming one of his closest and most successful followers. However, Gentileschi never gave himself over fully to the uncompromising Caravaggesque style, and maintained traits more characteristic of his native Tuscany; a poetic, refined aesthetic that incorporated a rich blend of highly pitched cool and warm colors.

A pendant piece to this work, Danaë and the Shower of Gold is also in the Getty’s collection. Both paintings were commissioned by the nobleman Giovanni Antonio Sauli in 1621 for his Palazzo in Genoa, along with a third, The Penitent Magdalene, which is today in a private collection. (JPGM)