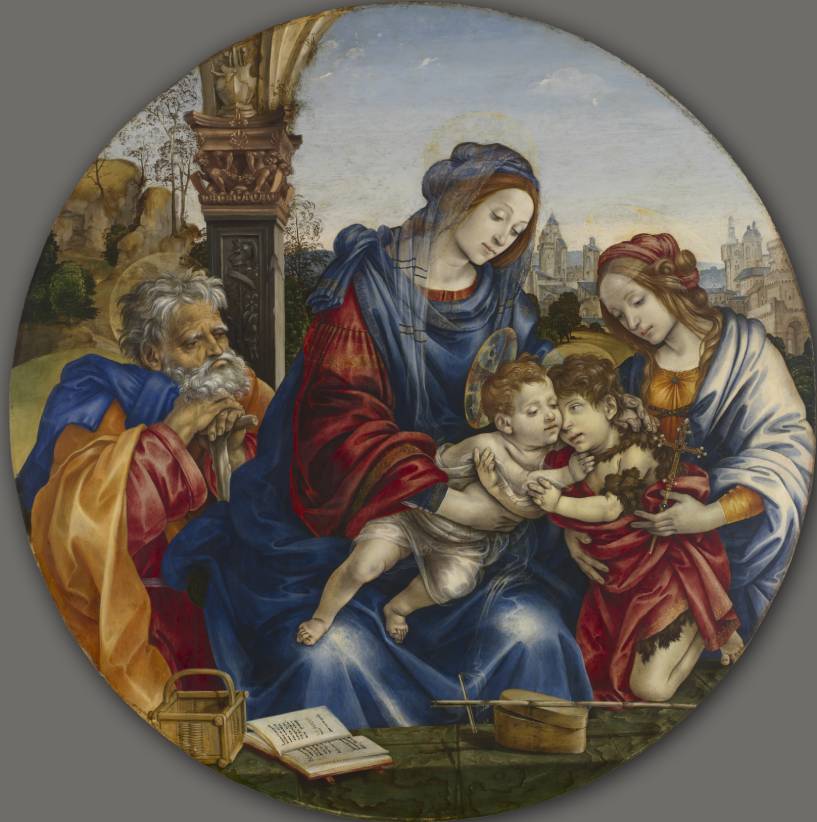 Lippi‘s sophisticated composition gracefully overlaps five figures in a round format. Oliviero Caraffa, Cardinal of Naples, commissioned this work, although Lippi probably painted it in Rome while working for the cardinal’s family, an example of the widespread taste across Italy for the art of Florence. Meticulously detailed still-life elements on the parapet, thick with symbolic meaning, reflect Lippi’s interest in northern European painting he would have seen in Florence. Likewise the classical architecture—referring to the pagan world cast off by Christianity—demonstrates his engagement with ancient art and architecture in Rome. Embellished with learned references and made with expensive materials, this painting would have actively inspired religious meditation and demonstrated the patrons’ courtly, civilized taste. (CMA)