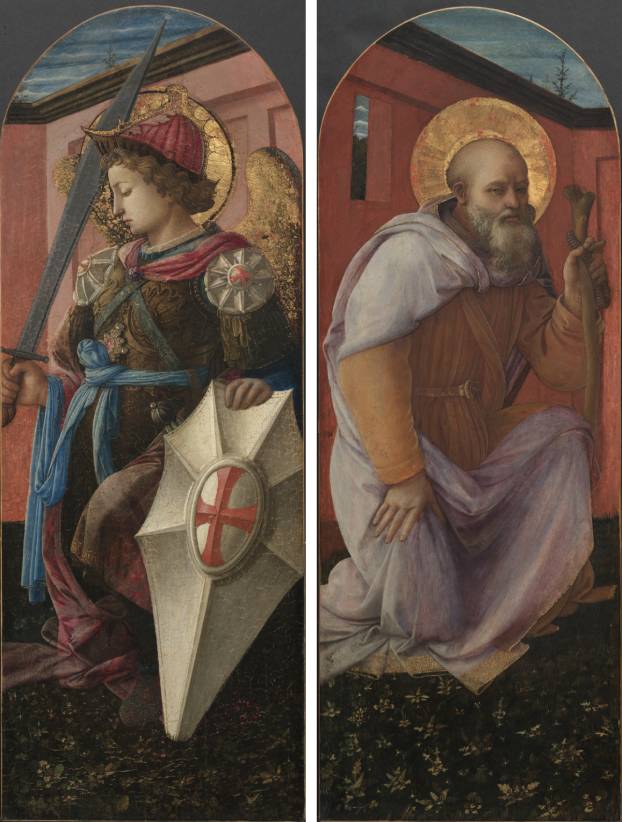 Pair of Panels from a Triptych: The Archangel Michael and St. Anthony Abbot.

These panels depicting Saints Anthony the Abbot and Michael originally flanked a central scene of the Madonna and Child with Angels, now lost, to form a triptych. Giovanni di Cosimo de’Medici of Florence commissioned the ensemble in 1457 as a gift to Alfonso V of Aragon. Fra Filippo Lippi, a Carmelite friar and one of the great masters of early Renaissance Florence, depicted realistic, weighty figures in a three-dimensional space using a system of linear perspective, inspired partly by Masaccio’s Brancacci Chapel, and reflected in the background architecture. Saint Anthony the Abbot rejected all earthly possessions in pursuit of a contemplative life in the desert. He is generally regarded as the founder of monasticism and is depicted wearing a monk’s habit. Saint Michael’s sword and shield refer to his role as heaven’s defender against evil. (CMA) 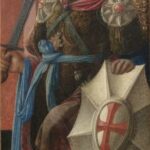