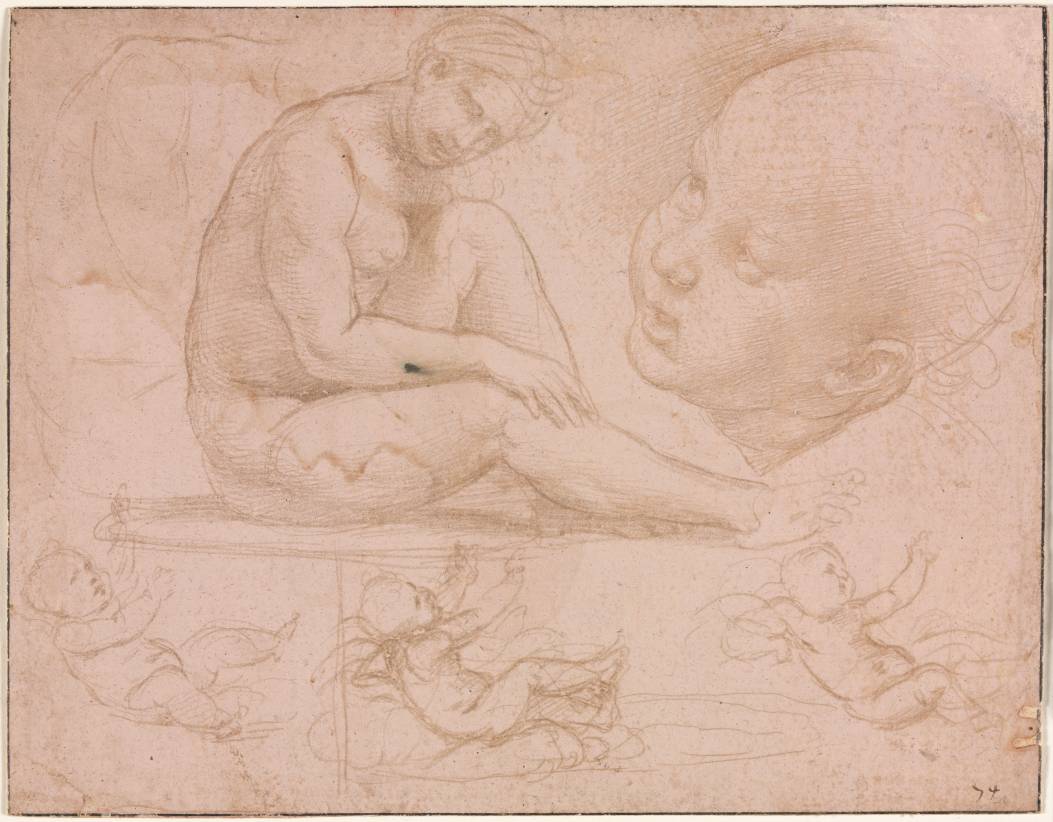 This drawing is from Raphael’s “pink sketchbook,” comprised of ten sheets of roughly equal size that each portray variations of a mother and child. Today, six of the drawings at the Palais des Beaux-Arts, Lille; two are at the British Museum; one is in a private collection; and one is in Cleveland. The small format of the sheets would have enabled the artist to carry the notebook as he traveled from Florence to Rome in 1508. Raphael used metalpoint, a technique popular in 15th- and early 16th-century Italy on a pink prepared surface. The pose of the infant’s head in the drawing was based on that of the Christ child in Leonardo da Vinci‘s Benois Madonna, then in a private collection in Florence, with changes—such as the uplifted eyes and open mouth—made by Raphael. The curving back of the female nude is echoed in the roundness of the child’s head. The three sketches of a reclining infant at the bottom of the sheet are freely handled and improvisational, relaying the child’s squirming, continuous movement with repeated contour lines. (CMA)