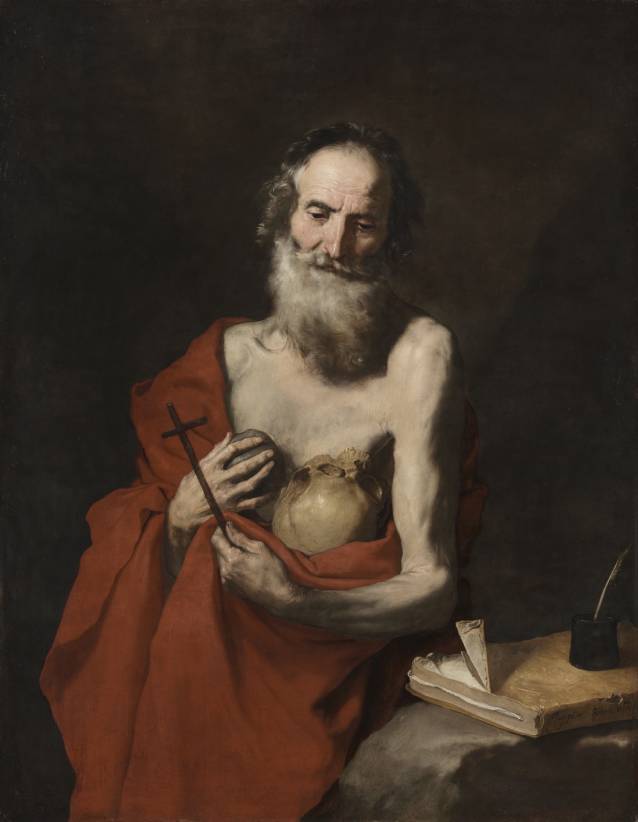 Saint Jerome (about ad 347–420) translated biblical texts into Latin. Although he sometimes appears as a scholar in his study, Ribera represents him here as a penitent who withdrew to the desert, beating his chest with a stone to emulate Christ’s suffering and contemplating a skull symbolizing human vanity. Working in Naples, Ribera enthusiastically adapted Caravaggio’s characteristic use of light and dark and naturalistic models. (CMA)