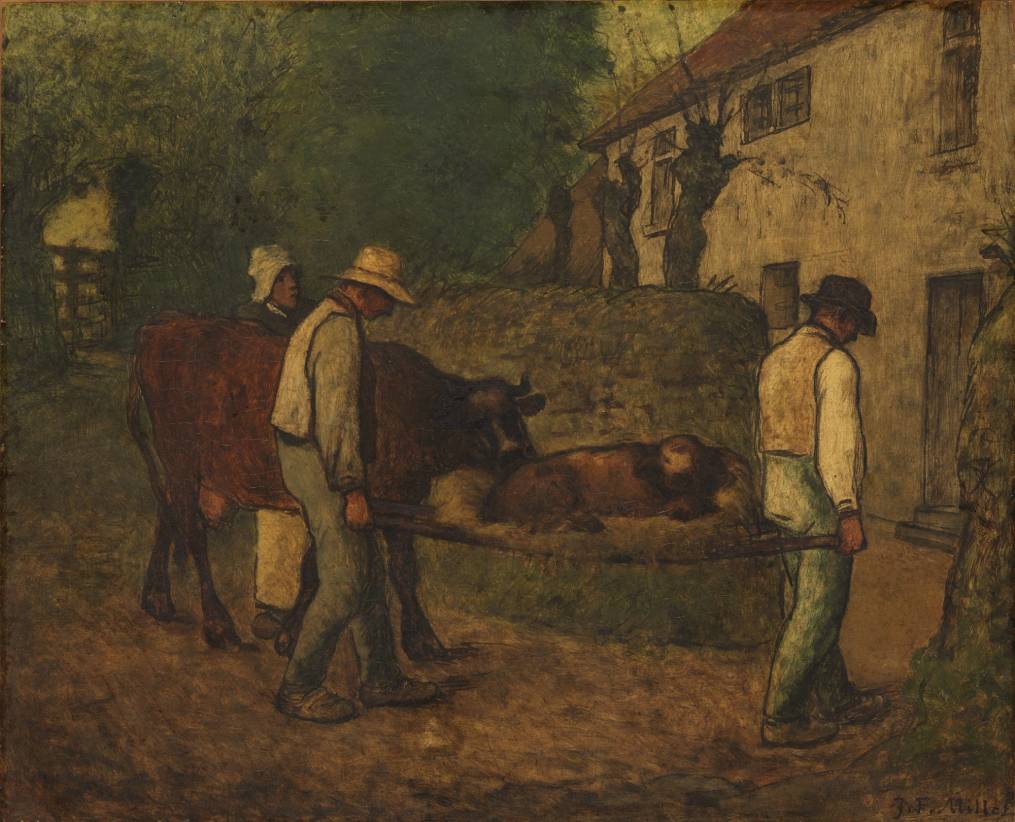 Millet began this first version of his celebrated composition around 1860 but abandoned the canvas in order to paint a larger version, now in the Art Institute of Chicago, which he exhibited at the Salon of 1864. Like Millet’s other scenes of rural life, the painting was criticized because the peasants were not idealized. Some critics also considered the solemn, almost religious, atmosphere of the procession to be at odds with the lowly subject matter. The Salon picture was purchased by an American, and this smaller, unfinished canvas was exhibited in its place at the commemorative Millet exhibition of 1887. Vincent van Gogh, who saw the painting there, described it in a letter to Émile Bernard as a work “so powerful it made one tremble.” (PUAM)