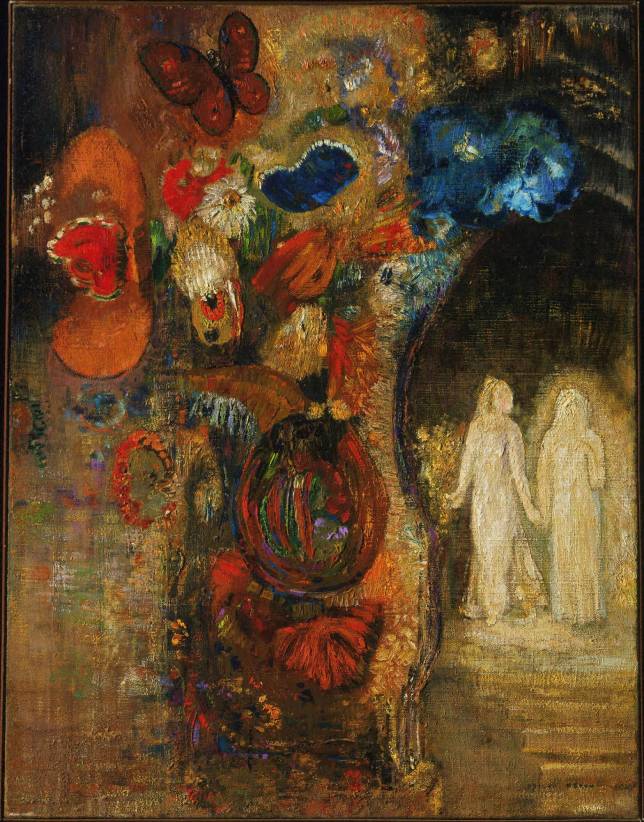 During the 1890s, Redon shifted his attention from charcoal drawing and lithography to a practice that embraced color, working in pastels and oil paints. With this shift came a change of mood: the brooding melancholy and nightmarish anxiety of the “noirs” (as he called his works done in shades of black) gave way to emotional tranquility and the pursuit of visual pleasure. Most of Apparition is devoted to a phantasmagorical cascade of butterflies, flowers, and suggestively organic shapes—a disorienting field of pulsating colors and textures, seemingly liberated from contingencies of the everyday world. Somewhat marginalized in the distance, a wraithlike figure holds a bunch of flowers and moves forward gracefully while another figure stands motionless, emitting a saintly aureole of light. Perhaps Redon included the pair to suggest an allegory for his later work, in which sensual attraction and spiritual illumination are commingled. (PUAM)