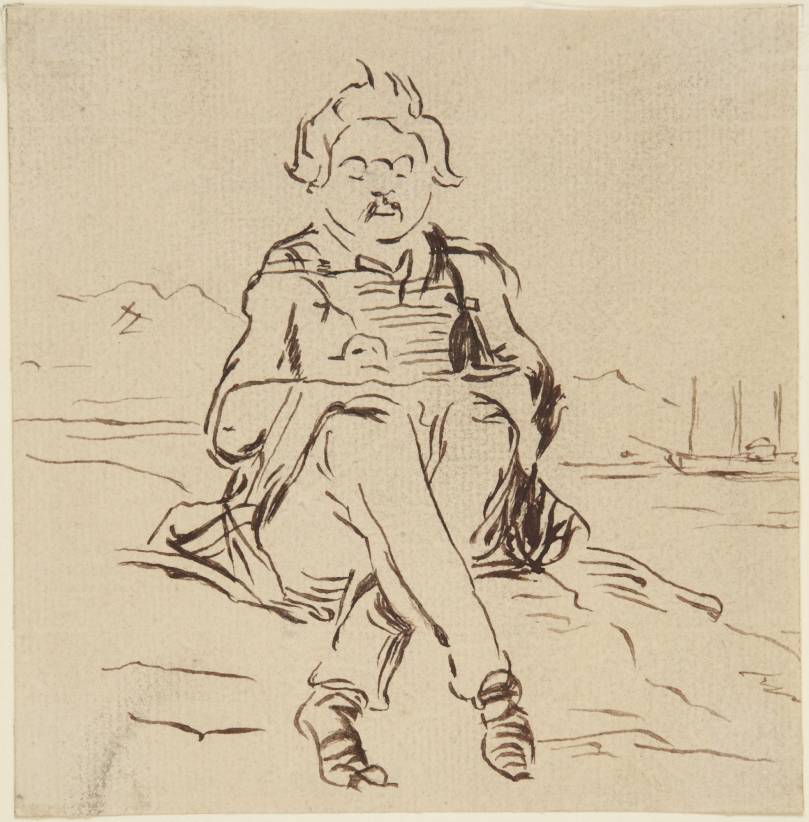 Had Thackeray had his choice, he would have made his living not as an author but as an artist. Early in his career, he had applied to illustrate Charles Dickens’s Pickwick Papers (1836–37), losing out to Hablot Knight Browne. Still, Thackeray continued to draw, and he was especially adept at caricatures, which he had made since he was a young man, whether of the lecturers and tradesmen at Cambridge or artists and flaneurs in the Latin Quarter. His pen and pencil cartoons were as stylish, probing, and funny as his novels, as is evident in this self-portrait, a witty sendup of a great author. This drawing was likely made in the 1840s, after the publication of Vanity Fair (1840), which Thackeray himself illustrated. (PUAM)