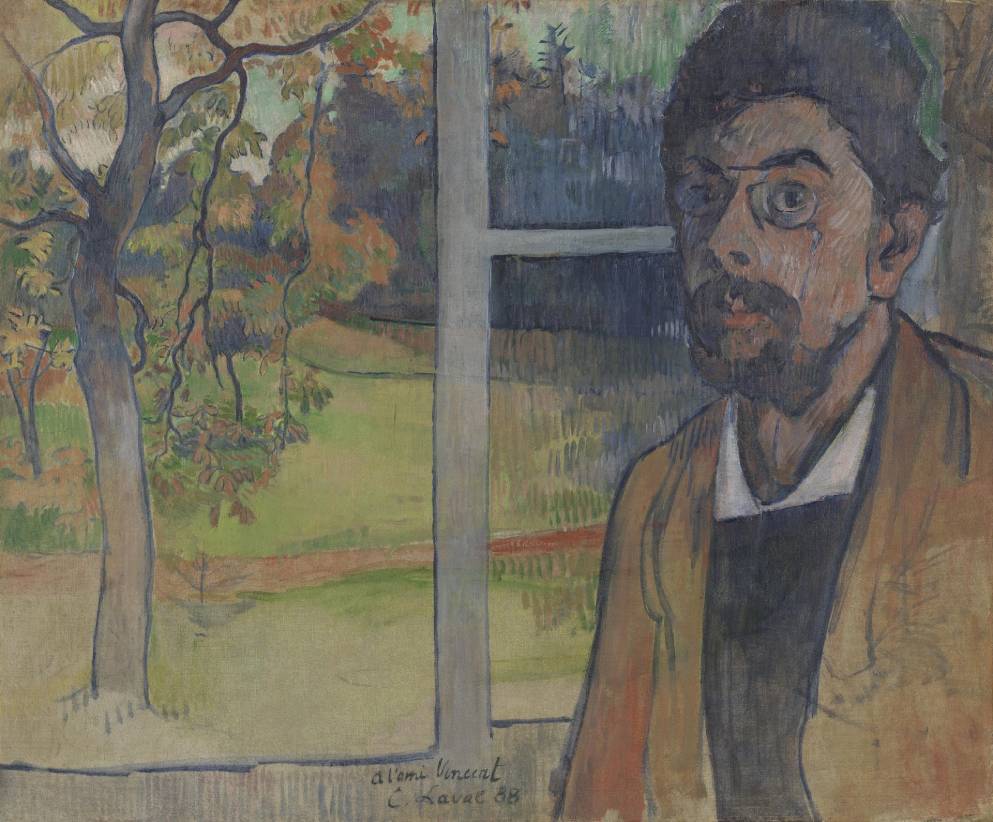 Charles Laval sent this self-portrait to Van Gogh, who was immediately enthusiastic. To his brother Theo he described it as ‘very self-assured, very distinguished’. He thought it would be ‘precisely one of the paintings you speak of, which one takes before the others have recognized the talent.’ Van Gogh did not know Laval personally, but was in contact with him via common friends, artists Paul Gauguin and Émile Bernard. Like them, Laval was keen to swap paintings with Van Gogh. Two months later, he received a Van Gogh self-portrait in exchange. (VGM)