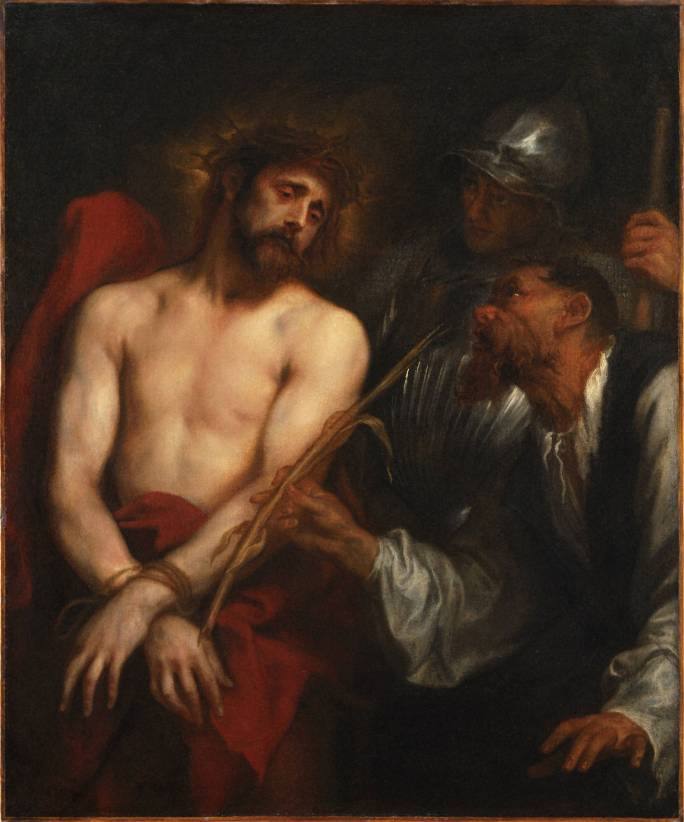 The most brilliant of Peter Paul Rubens’s assistants, Van Dyck left Antwerp to pursue his career in London and Genoa. By the time he returned—and painted this work for an unknown patron—he had both absorbed the lessons of Rubens and of the great Venetian master Titian and developed his own delicate sensibility. Offering a complex narrative, this painting shows the torturers who mock the suffering Christ, crowning him with thorns and giving him a reed as a scepter. The depiction of one of Christ’s tormentors as a black man draws on an iconographic lineage that, in the Middle Ages, depicted black executioners as evil incarnate. This figure, however, reflects a more nuanced treatment that was seen in subsequent eras, as racial attitudes evolved. The figure is sensitively rendered from life, with a treatment of expression and gesture that is perhaps more suggestive of ambivalence than brutality. (PUAM)