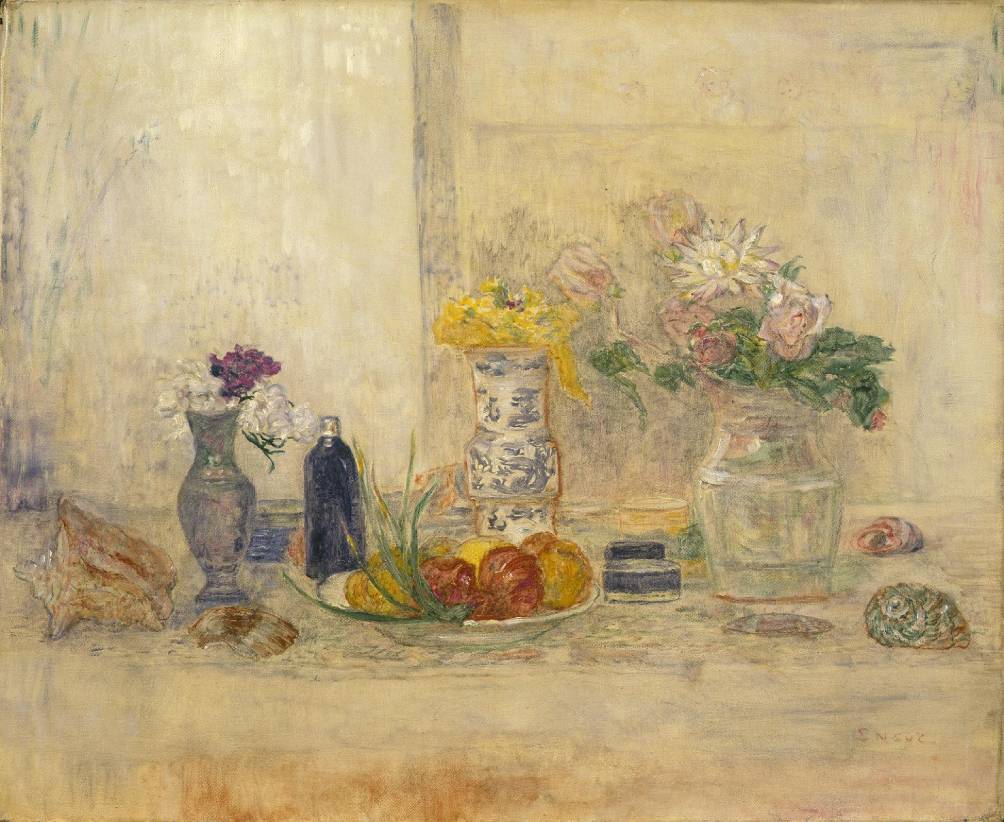 Although this picture was dated 1926 when exhibited at the Leicester Galleries, its first owner, Sam Salz, said that it was painted in 1935 and this date also appears in old records in the possession of Paul Haesaerts. Ensor‘s fondness for including seashells in his still-life pictures is explained by the fact that he spent his life at Ostend, in a house above a souvenir shop where seashells were part of the stock-in-trade. Several outlines of figures are faintly visible in the background on the right and may have been suggested by a canvas hanging on the wall. Ensor repeatedly introduced early paintings (with which the walls of his house were covered) in the background of his later compositions. However, no picture corresponding to this has yet been traced, and Marcel Mabille, who knew Ensor, has suggested that the figures may have been intended as ‘spectators’ looking at the still life. The sketchy style in which the figures are executed makes it more than likely that they are a late invention. They may be compared, for instance, with those in his last engraving of 1934, ‘The Procession at Gistel’. (Tate)