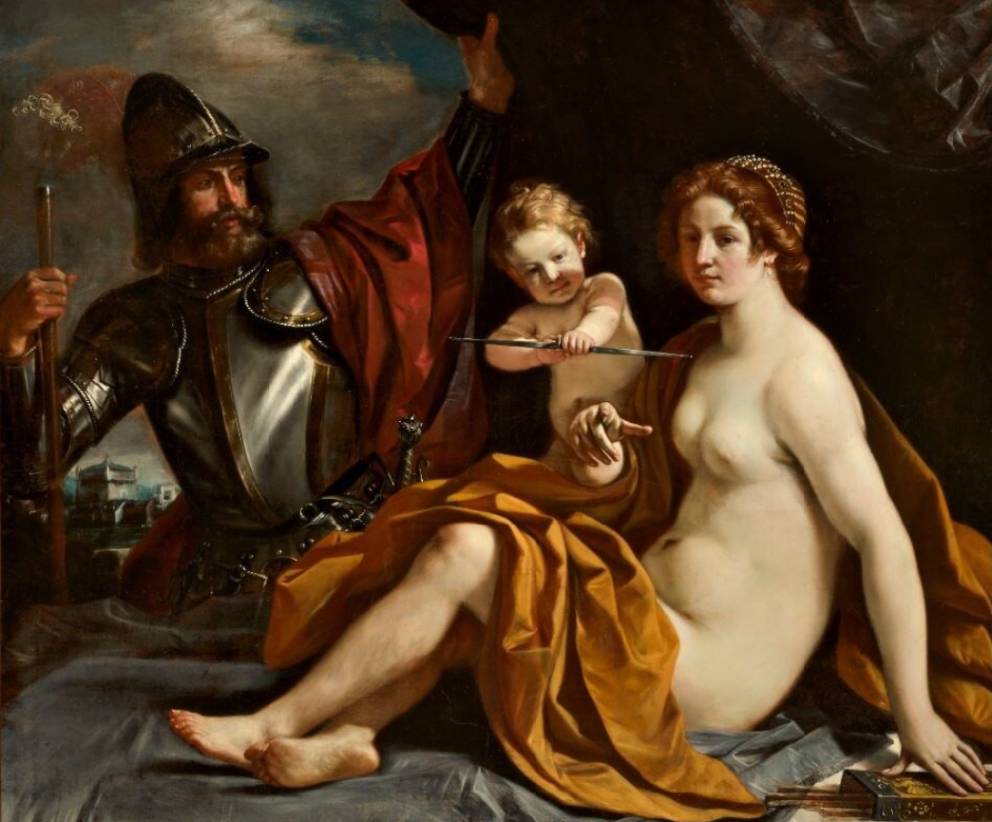 Following the indication of Venus, whose right hand is painted almost in a trompe l’oeil, Cupid is about to shoot his arrow towards the viewer, who is thus called to identify himself with the commissioner of the work, Francesco I d’Este himself . In the background, Mars discovers the scene, accentuating the sense of sudden irruption of artistic invention into the real world. Guercino painted this masterpiece for the duke in 1633, during one of his stays at the court of Modena. (GE) 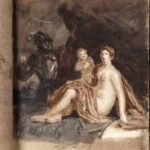