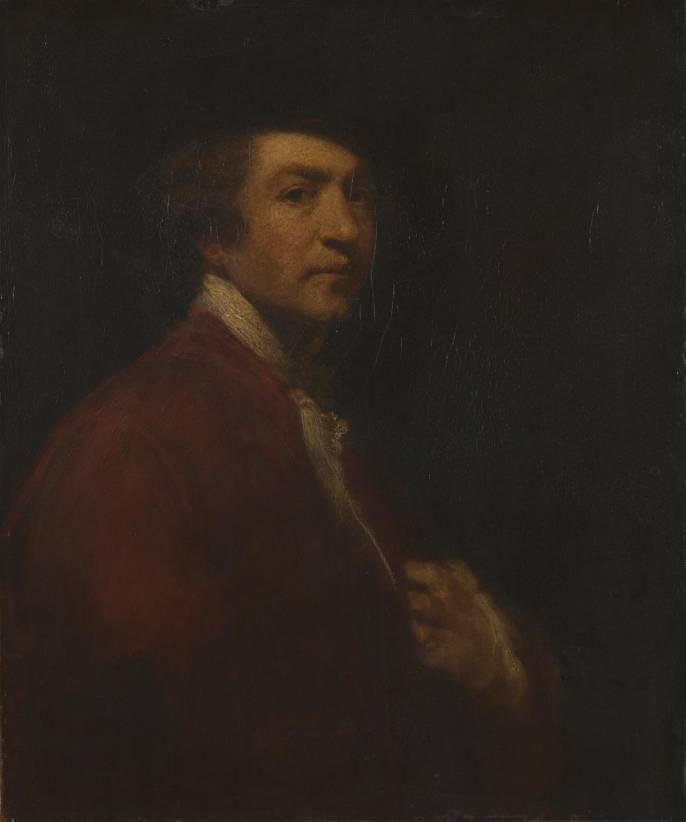 This is one of Reynolds‘s most explicit attempts to rival Rembrandt as a self-portraitist. By the time he painted this work, he was the most famous artist in Britain and President of the Royal Academy of Arts. In his lectures at the Academy, Reynolds elaborated a theory of art based around the need for modern British artists to copy the Old Masters. In this picture, his costume, his pose, and the dramatic contrasts of light and dark all refer to the work of Rembrandt. Even the shape of his face is made to resemble the Dutch artist’s distinctive, jowly features. (Tate)