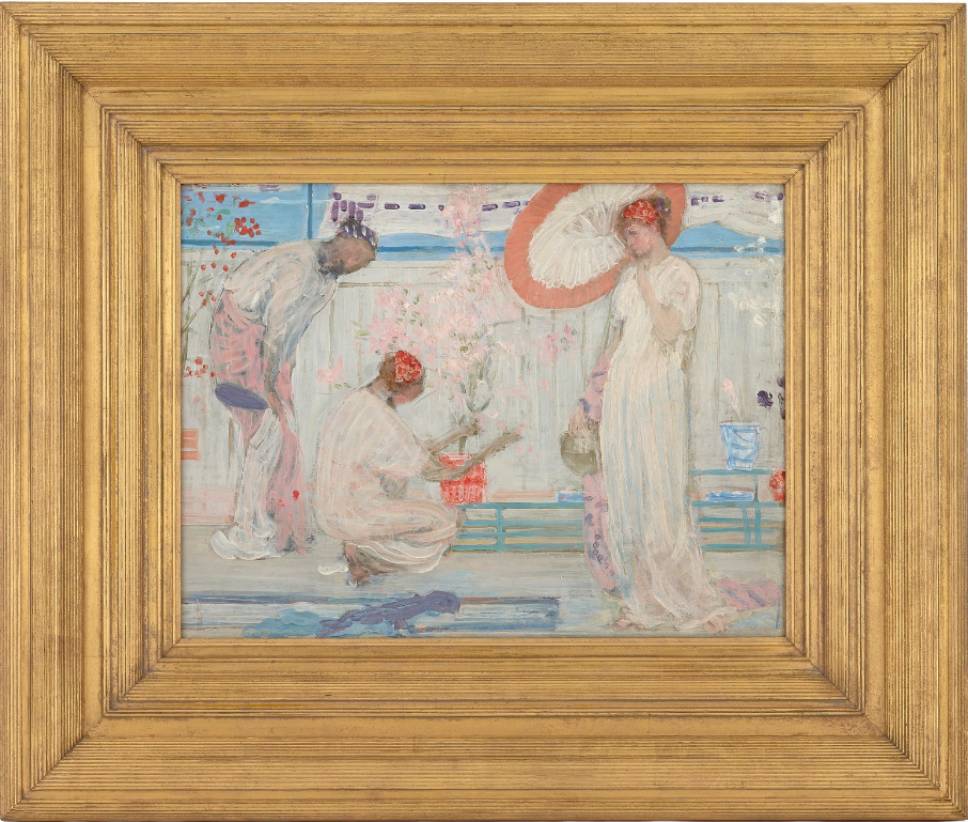 This work is a study for a never-completed painting called The Three Girls that was intended to hang opposite The Princess from the Land of Porcelain in the Peacock Room, which was originally a dining room in the home of Whistler’s patron, Frederick Richards Leyland. Whistler envisioned the painting as the fourth of his “White Symphonies.” It was undertaken when he was exploring a range of artistic sources and seeking a distinctive signature style. By borrowing freely from Japanese prints, classical Greek sculpture, eighteenth-century Rococo painting, and the neoclassicism of his own time, Whistler hoped to liberate his art from the chains of narrative realism and Victorian morality. (SAAM) 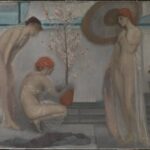