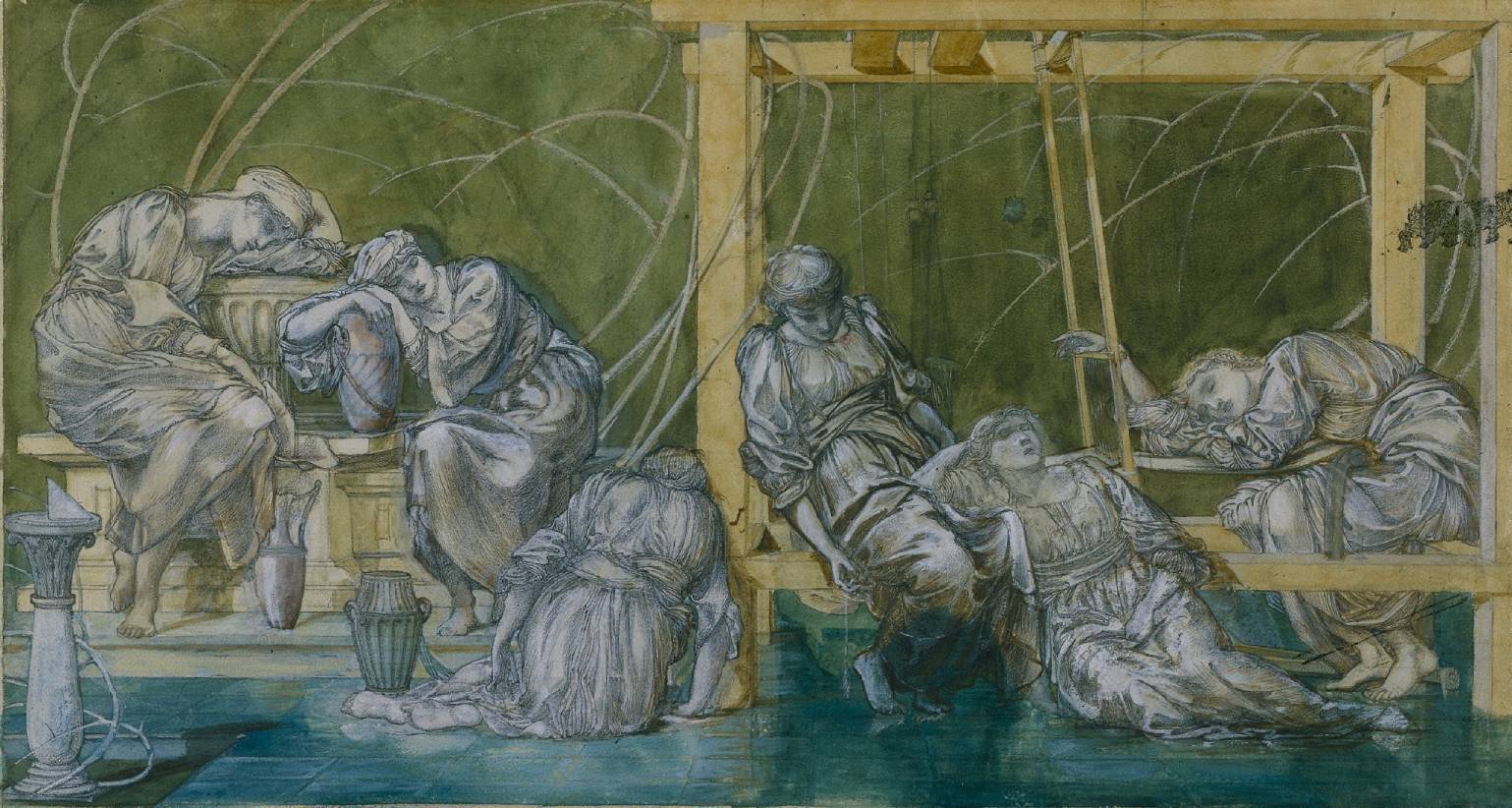 Art historian Andrea Wolk Rager has interpreted this drawing as related to Edward Burne-Jones‘s socialist beliefs, identifying the weaver at right in the work as a personification of artistic labor, dormant in industrialized Victorian society.

The story of Briar Rose (known popularly as “Sleeping Beauty”) occupied Edward Burne-Jones on and off for much of his career. He completed three related sets of paintings of the subject over a 30-year period. This drawing probably relates to the first series, now in the Museo de Arte in Ponce, Puerto Rico. Here, vines twist in arabesques against a flat, chartreuse background, as though ensnaring the six servants asleep at a loom and well. (CMA) 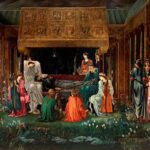 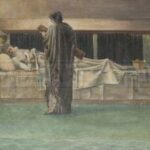