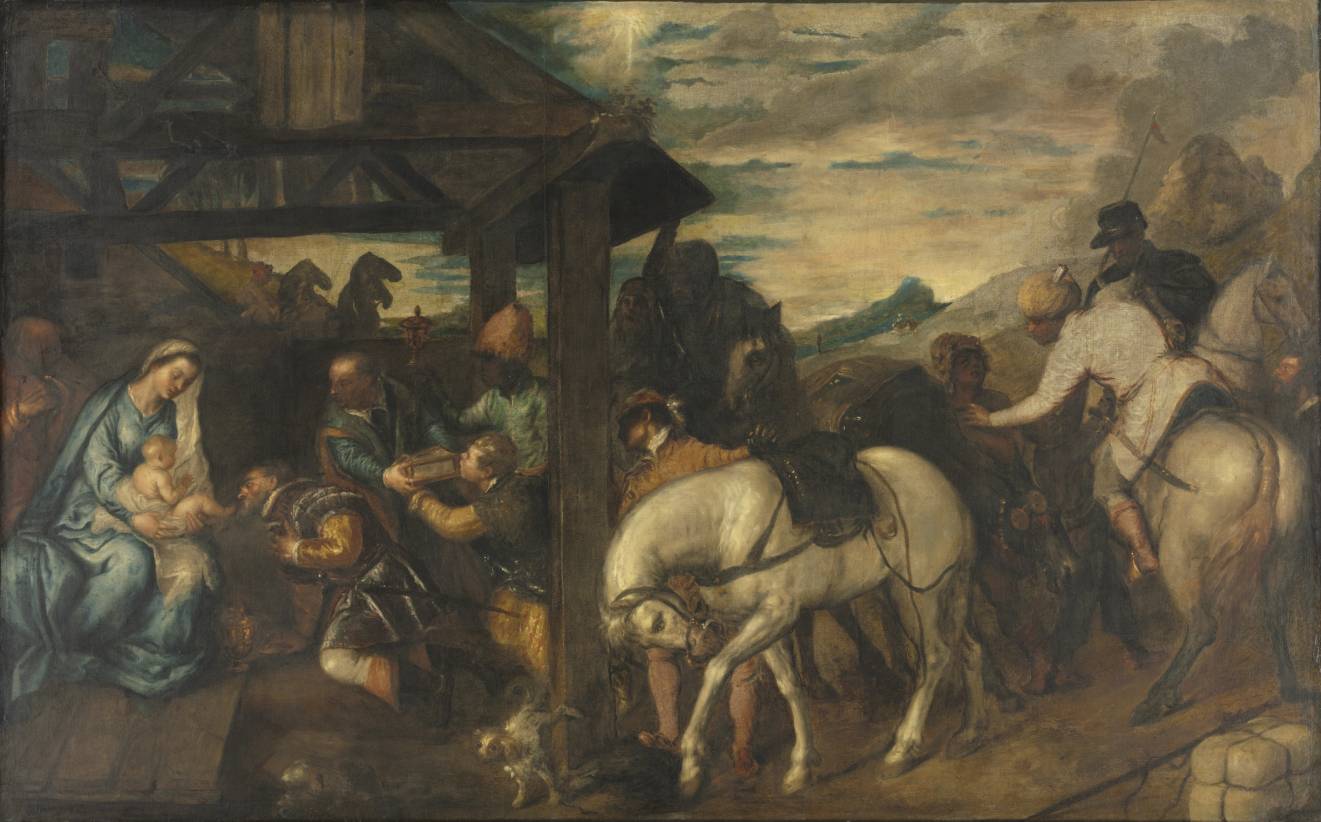 Titian, the celebrated and prolific 16th-century Venetian artist, and his large workshop painted several versions of this subject. Further research is needed to compare this painting with versions in Milan and Madrid to determine how much of each is by Titian himself, as opposed to being the work of his studio assistants. The Prado Museum in Madrid is often considered to have a copy (below) made from Cleveland’s painting, which is superior in execution but not condition. Despite the damage caused by overcleaning, there are many fine passages, including the bowing white horse, his groom in shadow, and the cradled Christ child. This painting is filled with naturalistic details such as the riders who struggle to keep their horses and mules still and a small dog who urinates on a beam. (CMA)