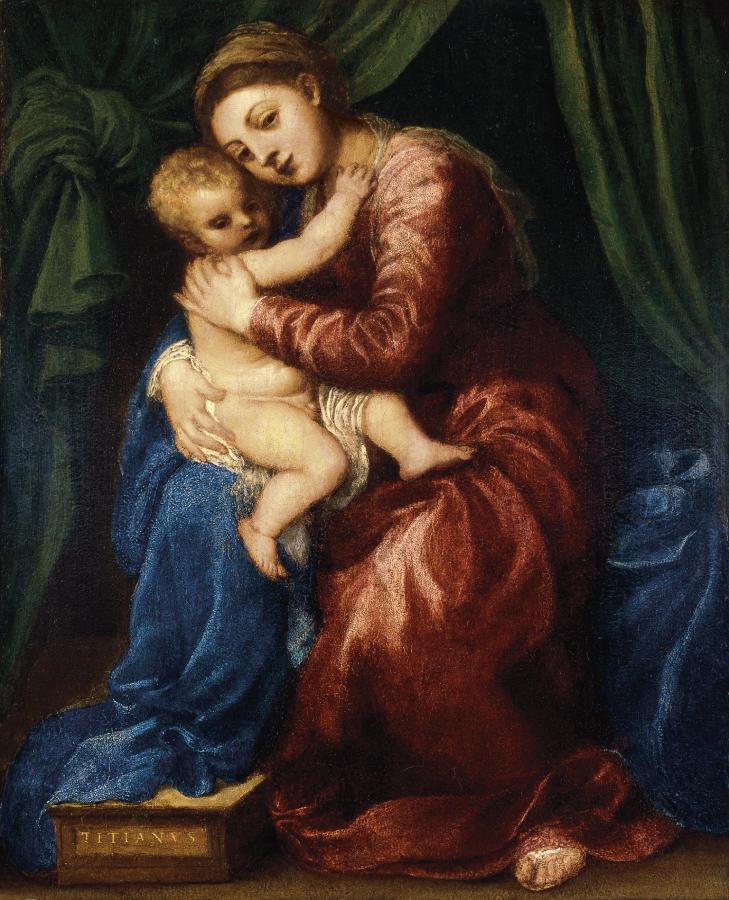 Prior to 1874 this Virgin and Child was in the Sciarra-Colonna collection in Rome, where it was seen by Crowe and Cavalcaselle who included it in their publication on Titian of 1877. The painting remained in that collection until 1874 when Francis Cowper acquired it in Rome. While it was in the Cowper collection it was lent to two exhibitions organised by the Royal Academy in London: the winter exhibition of 1881 and one on Venetian art held from 1894 to 1895. Together with other works from the Cowper collection, it was sold by the executors of Lady Desborough in an auction at Christie’s on 16 October 1953. The canvas was purchased by the London dealers Agnew’s, from whom it was acquired in 1956 by Baron Thyssen-Bornemisza. Following the two London exhibitions of the late 19th century, the canvas was not mentioned again in the scholarly literature until the mid-20th century when it entered the Thyssen Collection. In 1956, the year of its acquisition, it was included by Wilhlem Suida in a Miscellanea on the artist.

As Hendy noted, the painting is the smallest known by the artist. Titian created the background from green curtains, against which he placed the Virgin who tenderly embraces the Christ Child. The use of colour is particularly striking and Titian used a limited range to construct the figures and background, both of which reveal extensive areas of single colours. The intense green of the curtains contrasts with the large patch of blue of Mary’s mantle, which spreads out to cover the chair. Green and blue contrast with the vibrant crimson of her tunic. The Virgin’s pose suggests the Rest on the Flight into Egypt in the collection of the Marquis of Bath while that of the Child recalls Titian’s canvas in the Alte Pinakothek, Munich. A print by Niccolò Boldrini of Venus and Cupid repeats this composition. In 1898 the painting was photographed by Brown while it was in England.