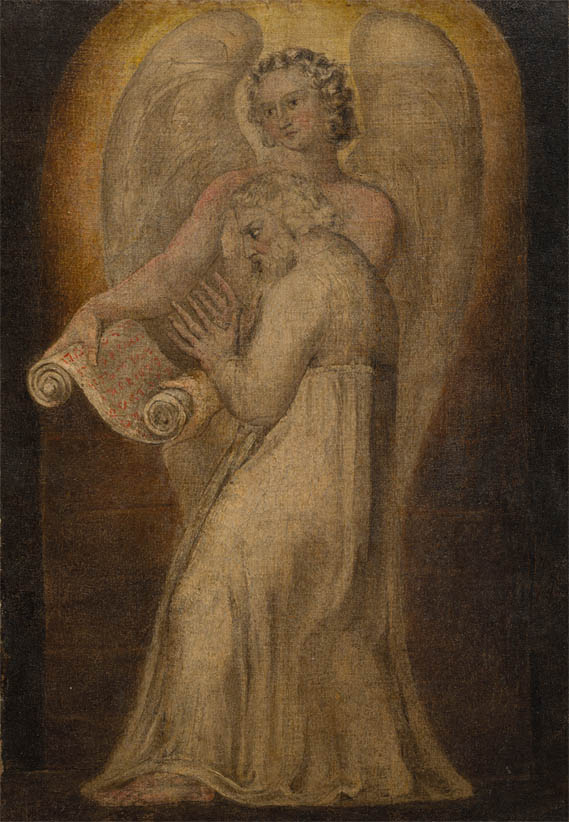 Like St. Matthew, William Blake reported having visions of angels throughout his life.

The energy and awe with which the evangelist Saint Matthew responds to the angel presenting the divinely inspired text echoes William Blake’s attitude toward artistic inspiration. From childhood Blake experienced visions that are reflected in the otherworldliness of his work. While Blake was not embraced by the fine art establishment, a small group of patrons believed in his genius and commissioned works in which his unusual visions had free rein. (CMA)