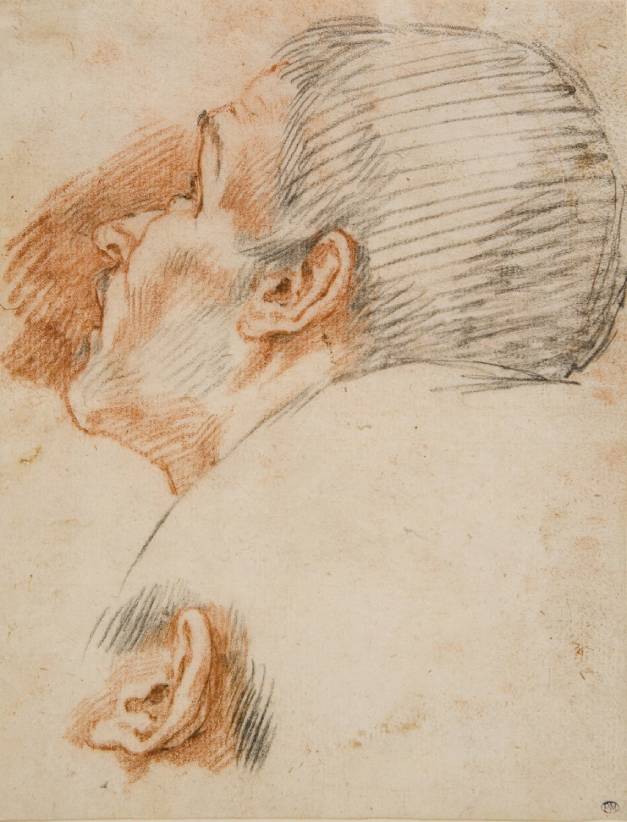 The descriptive use of red and black chalk to depict color is relatively rare among seventeenth-century Spanish draftsmen but is found often in Murillo’s drawings. This work is a study for the head and ear of a crippled beggar who appears in an altarpiece painted for a church in Seville. With a combination of short strokes of red chalk, Murillo meticulously defined the man’s hollow cheeks and facial features while economically rendering his hair with sweeping strokes of black chalk. (PUAM)