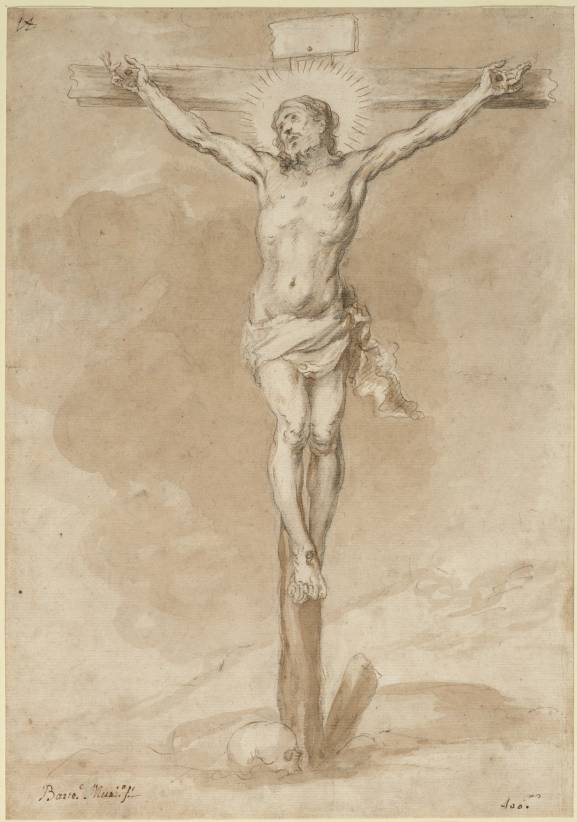 One of Spain’s most celebrated seventeenth-century artists, Murillo painted numerous altarpieces of the Crucifixion, varying the composition slightly by raising or lowering the head of the dying Christ. In this late expressive and atmospheric drawing, which may once have belonged to an album of the artist’s sketches, Murillo sets off the luminosity of Christ’s delicately delineated body against broadly brushed washes that suggest a turbulent sky. The skull at the foot of the cross signifies the biblical location of the crucifixion outside of Jerusalem, called Golgotha, or “place of the skull.” (PUAM)