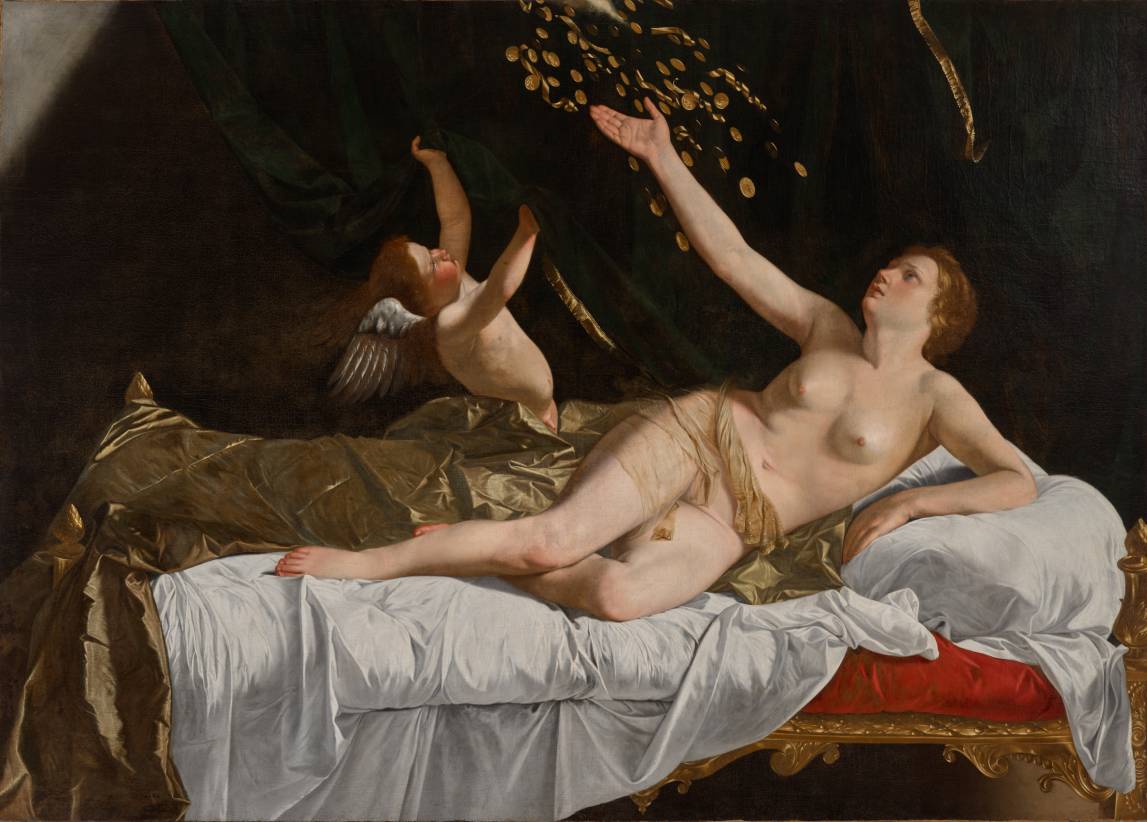 The gauzy scarf draped over Danaë was a studio prop present in many of Orazio‘s paintings.

Danaë’s father feared a prophecy that his grandson would kill him, so he imprisoned his daughter to protect her from suitors. Yet Jupiter, king of the gods, fell in love with Danaë, and he came to her in the form of gold streaming from the sky. Gentileschi adopted Caravaggio’s method of painting directly from models, pulled to the front of the picture plane, which gives the painting a startling, tangible quality. However, the graceful way he handled paint and human gestures lends the work a poetic quality unique to the artist. (CMA) 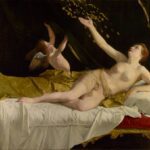