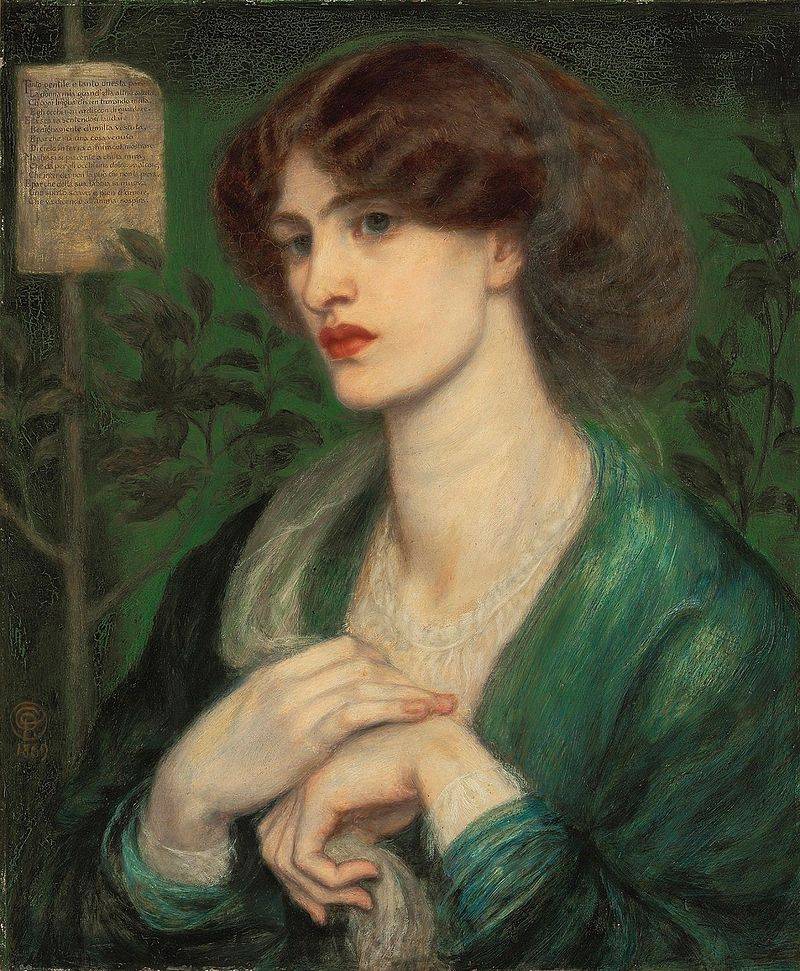 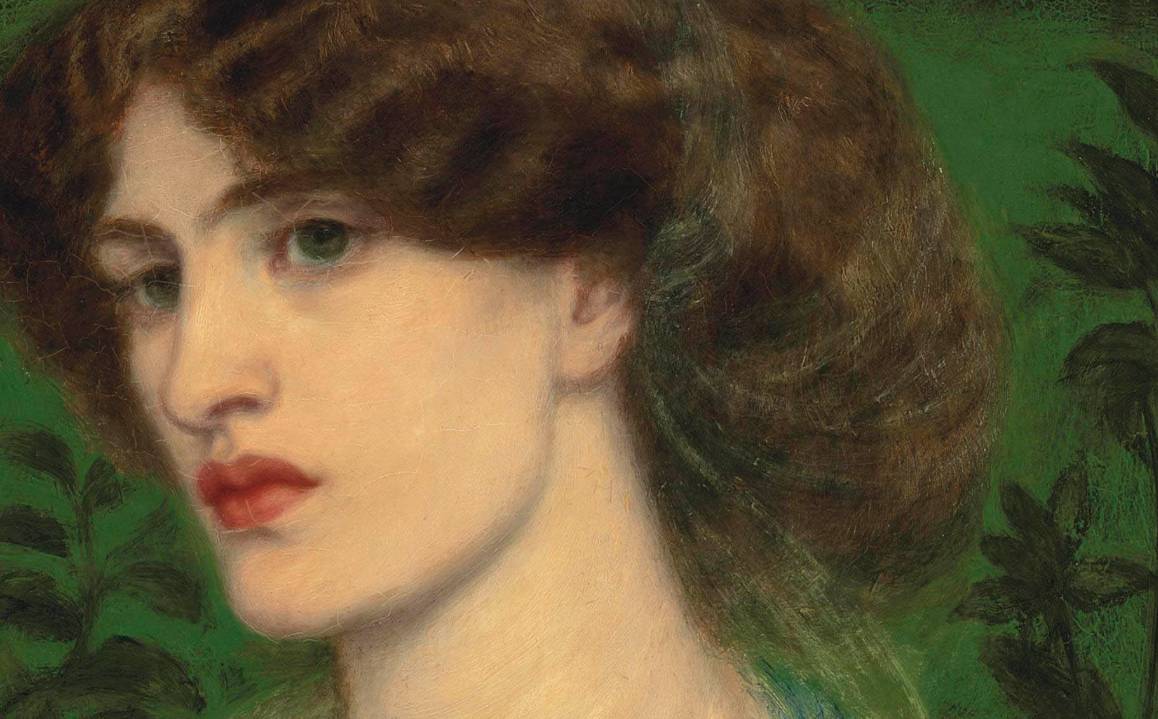 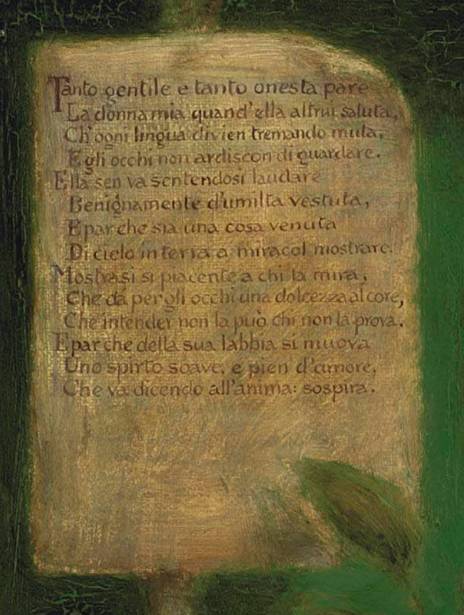 Inscription with a sonnet from Dante‘s Vita Nuova (The New Life).

Beatrice Portinari was the Florentine girl who represented the ideal of spritual love for the great Italian poet Dante (1265-1321). He first met her at the age of nine, and when they re-met nine years later he felt ‘as if intoxicated’. When she died in 1290 he almost lost his sanity. His love for her is celebrated in prose and verse in La Vita Nuova, published three years later; and she reappears in his masterpiece, the Divina Commedia, guiding him towards the ultimate experience of celestial bliss in heaven.

Dante dominated the intellectual life of Rossetti‘s father, Gabriele Rossetti, an Italian political refugee who held the post of Professor of Italian at King’s College, London. The boy was named after his father’s hero and he himself was obsessed with the figure of Dante, publishing translations of the Vita Nuova and other works in his Early Italian Poets (1861) and illustrating the poet’s life in numerous paintings. Perhaps the best known example is Beata Beatrix, conceived before the death of Rossetti‘s wife, Lizzie Siddal, in 1862, but painted later and generally regarded as his memorial to her. Rossetti described the picture as a symbolic representation of Beatrice‘s death, showing her ‘rapt from Earth to Heaven’ as she sits in a balcony overlooking Florence.

Our picture dates from 1869, when Beata Beatrix was nearing completion. Beatrice is seen during her earthly life as Dante encounters her in the city’s streets, and a sonnet from the Vita Nuova is written on the cartouche at upper left. Rossetti‘s translation begins as follows:
My lady looks so gentle and so pure
When yielding salutation by the way,
That the tongue trembles and has nought to say,
And the eyes, which fain would see, may not endure.

Dante‘s meetings with Beatrice, whether on earth or in heaven, were a never-ending source of interest to Rossetti, inspiring a number of paintings from the early 1850s until his death in 1882, when a large Salutation of Beatrice (Toledo Museum of Art, Toledo, Ohio), painted for the Liverpool shipowner F.R. Leyland, was still on the easel. This late painting has little in common with ours compositionally, showing an almost full-length figure in a very different pose, but the subject is the same and the model in each case is Jane Morris. (Christie’s) 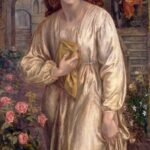