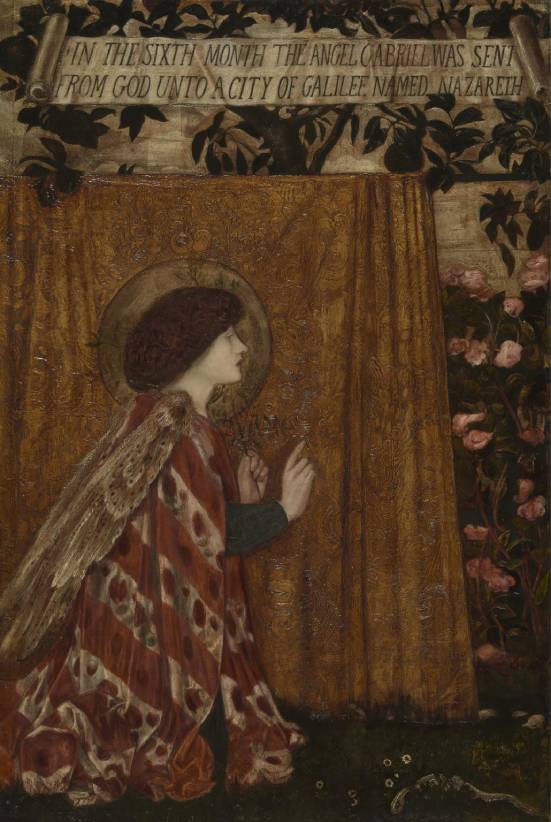 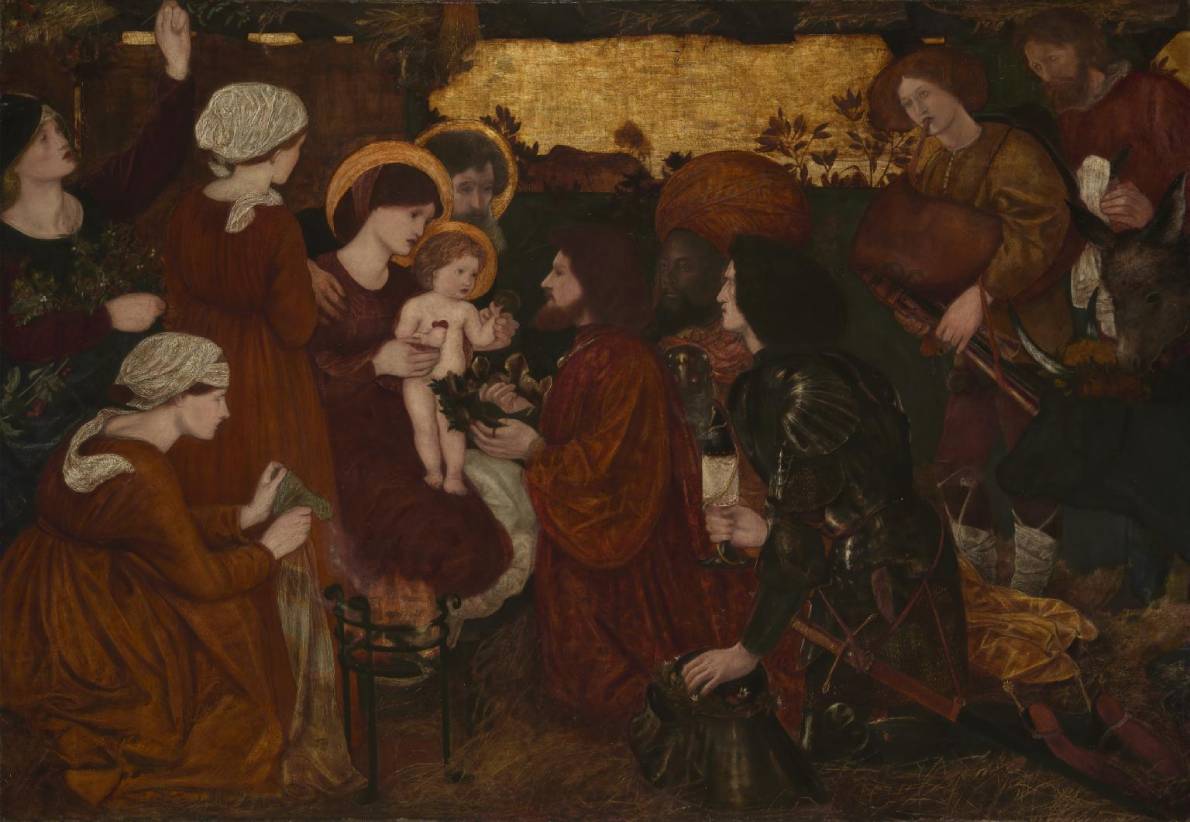 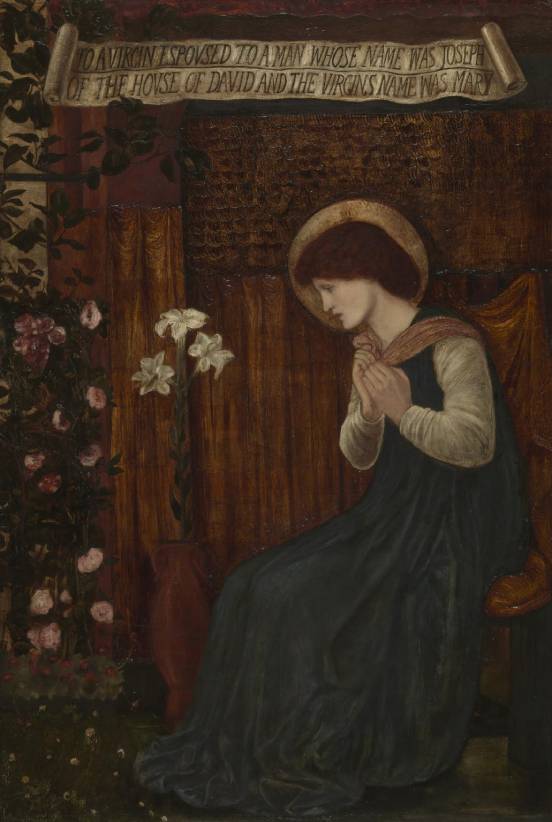 This triptych was originally commissioned for the Church of St Paul’s, Brighton. It is one of the most important large-scale works from the early part of Burne-Jones‘s career. After it had been installed in St Paul’s he decided that the central panel was too complicated and went on to paint a second version for the church. His handling of the Biblical story owes much to the paintings of the Italian Renaissance, particularly to nativity scenes by Fra Angelico and Tintoretto. He was also influenced by Rossetti, who was then working on a triptych for Llandaff Cathedral. Among those who modelled for the picture were William and Jane Morris, and the poet Algernon Charles Swinburne.