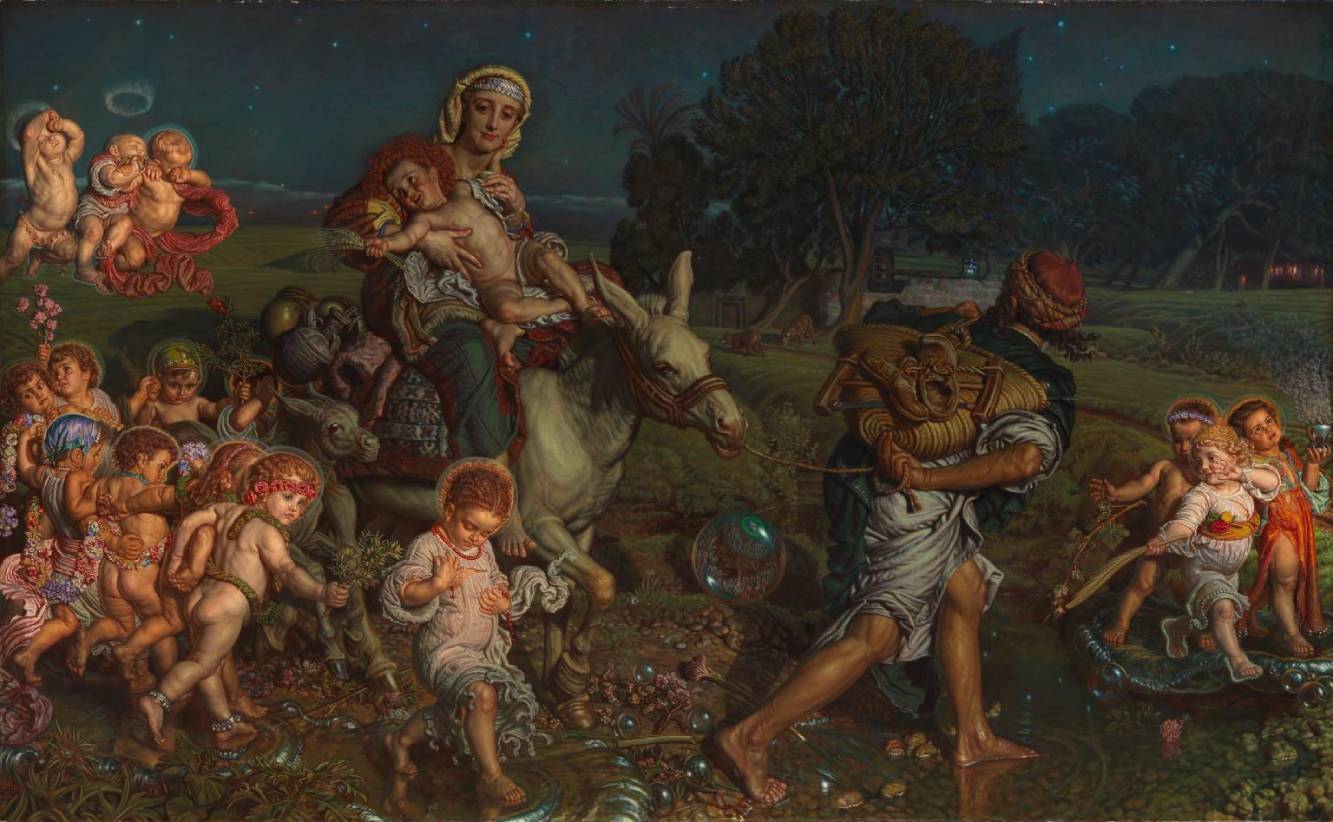 Hunt began painting this subject while on a visit to the Holy Land in the 1870s. It shows Mary, Joseph and infant Jesus escaping to Egypt as King Herod kills all the first-born males or ‘innocents’ in Bethlehem, described in The Gospel of Matthew, 2: 16-18. Hunt originally intended to show just the Holy Family, but he later decided to add the martyred innocents. The Holy Family are surrounded by the spirits of the children slain by Herod. Hunt wanted the bubbles, or ‘airy globes’ which accompany the procession, to convey a sense of the waves of ‘the streams of eternal life’. (Tate)

“The beings I want to represent really differ in this, that they have only just left this life instead of having got altogether established as celestial creatures. Some of them, if not all, may indeed scarcely have altogether lost the last warmth of mortal life. It seems desirable, therefore, to avoid a treatment which would make them like the angels who regard the face of our Father in heaven. A support to this view I find also in the desirability of avoiding to distinctly pronounce the figures to be either subjective or objective. I wish to avoid positively declaring them to be more than a vision to the Virgin conjured up by her maternal love for her own child, the Saviour, who is to be calling her attention to them.” (Tate) 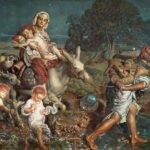 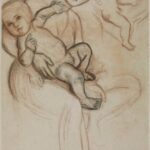 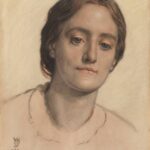